In many places, mask mandates are being lifted or voted down 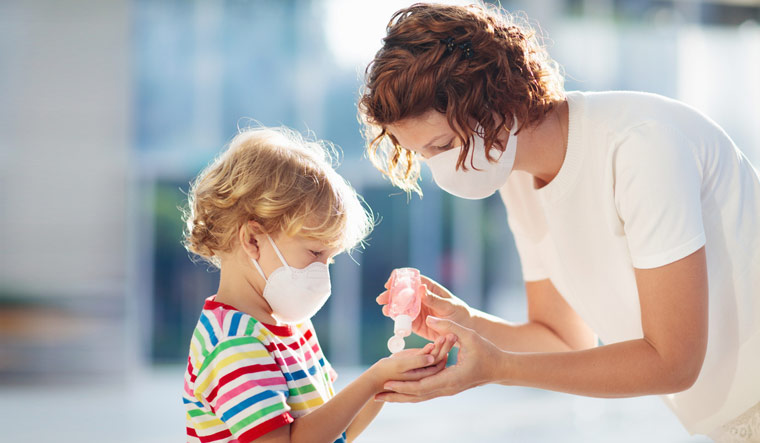 Officials across the US are again weighing how and whether to impose mask mandates as Covid-19 infections soar and the American public grows ever wearier of pandemic-related restrictions.

Much of the debate centers around the nation’s schools, some of which have closed due to infection-related staffing issues. In a variety of places, mask mandates are being lifted or voted down.

The changes come as the federal government assesses the supply of medical-grade respirator face coverings, such as N95 or KN95 masks. During a briefing Wednesday, White House Covid-19 Response Coordinator Jeff Zients said officials were “strongly considering options to make more high-quality masks available to all Americans,” noting the government has a stockpile of more than 750 million N95 masks.

The best mask “is the one that you will wear and the one you can keep on all day long, that you can tolerate in public indoor settings,” said Dr. Rochelle Walensky, director of the Centers for Disease Control and Prevention.

On Monday, officials in Wyoming’s capital city voted to end a mask mandate for students and teachers that had been in place since September. The Cheyenne school district also reduced Covid-19 isolation requirements, voting to require that only people with symptoms and positive tests—not just those exposed—need to stay home for five days and mask for five days thereafter.

The University of Missouri’s governing board on Tuesday rejected the university system president’s request to temporarily require masks on the Columbia campus, as well as a mandate specific to classrooms and labs.

A school board meeting was canceled Monday in Wichita, Kansas, after three new members refused to wear masks for a swearing-in ceremony. Meanwhile in the Topeka area, elected officials rejected a plea to mandate masks, urging people to be cautious but saying they were not ready for a requirement.

Some jurisdictions are making the move on their own toward more stalwart masking policies, including requiring higher-grade mask materials.

Last week, the University of Arizona announced it would require a medical-grade mask in indoor spaces where social distancing is not possible. The school said on its website that it no longer considers cloth masks to be adequate, although a cloth mask can be worn over a medical-grade mask to improve fit and increase protection.

A new indoor mask mandate takes effect Wednesday in New Orleans ahead of the Mardi Gras season. Louisiana’s statewide coronavirus daily hospitalization numbers have increased sevenfold in three weeks—a spike that has strained hospitals, where emergency room waits are sometimes as long as 12 hours, according to the city’s health director, Dr. Jennifer Avegno.

Health officials in Omaha, Nebraska, announced a temporary mask mandate on Tuesday, but the state has threatened to sue if the rule is imposed as planned. Omaha City Council President Pete Festersen said a majority of the council supported the move.

“This is not a decision I made lightly. This was not an easy decision at all, and I know that it’s going to create some waves,” Douglas County Health Director Lindsay Huse said. “But this is a tool that we have in our toolbox. We have research, evidence, out there showing that masks decrease transmission.”

Other places hesitated to bring back requirements that ended months ago. In Michigan, where state officials said record-high Covid-19 cases and hospitalizations could peak in late January or early February before beginning to drop, health leaders remained reluctant to reinstate restrictions or masking mandates. They continue to implore people to get vaccinated, get booster shots, wear well-fitting masks in public and avoid large gatherings.

Elizabeth Hertel, director of the Michigan Department of Health and Human Services, recommended that people wear an N95 mask or two well-fitting face coverings. A parent group has called for school mask requirements, which are in place in a majority of individual districts but not at the statewide level.

In Utah, as lawmakers prepared to begin meeting for the year, GOP Gov. Spencer Cox exempted the Capitol and other state facilities from a municipal mask mandate. Jenny Wilson, Salt Lake County’s Democratic mayor, said the governor did not have the authority to make exceptions to the policy, which requires N95 and KN95 or similar masks for a month in indoor spaces, including schools.