Study finds increase in obesity among children during Covid pandemic

Children are now having "many physical, behavioural and lifestyle disorders 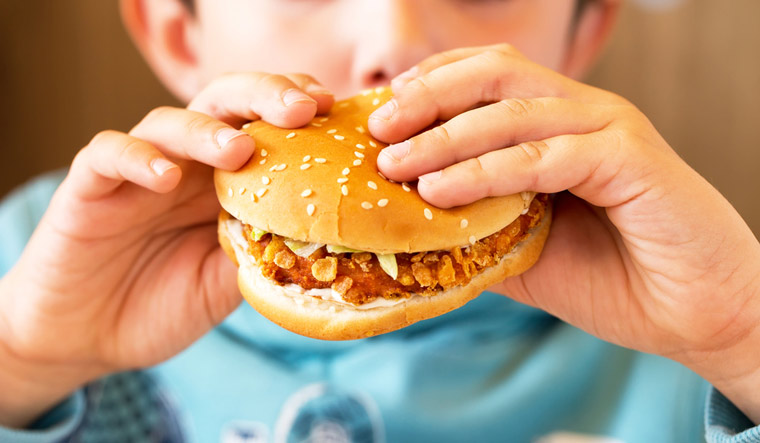 A month-long study done by a leading private facility in New Delhi has found that more than half of the children surveyed had reported increase in body weight due to sedentary lifestyle and other factors during the COVID-19 pandemic.

The results of the online survey conducted during October 1-31 by Sir Ganga Ram Hospital were released on Saturday.

Institute of Minimal Access, Metabolic and Bariatric Surgery in association with Institute of Child Health of the hospital carried out a simple survey to "quantify the magnitude of rising obesity during this ongoing pandemic," the hospital authorities said in a statement.

"The results are shocking. More than 60 per cent of the respondents replied in the affirmative that their children had gained over 10 per cent of their base line weight. Most attributed it to the sedentary lifestyle along with the easy availability of fast food. Eating disorders were also due to the stress and abnormal sleep cycles," it said.

The 1,309 children surveyed, aged an average of 15 years, the statement said.

According to Sudhir Kalhan, Chairman, Institute of Minimal Access, Metabolic and Bariatric at the hospital, "We did a survey among 1,309 children, who were forced to sit at home during the recent Covid crisis. We found there was an approximately 10 per cent weight gain among 60 per cent of the respondents i.e. 785 children."

The multitude of respiratory complications, the secondary infections like mucormycosis or black fungus and the uncontrolled diabetes are still causing ravage in the society, doctors said.

With no schools, little physical activity, lots of uncertainty, deaths around them and abnormal sleep cycles during the pandemic, children are now having "many physical, behavioural and lifestyle disorders which need our immediate attention and action," the hospital authorities said in the statement.