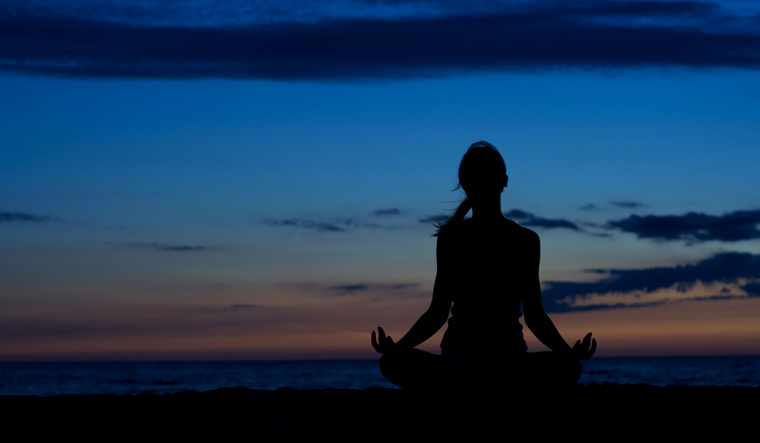 Mindfulness and meditation are associated with emotional well-being. Organisations have adopted mindfulness to help workers cope with stress , and their popularity continues to rise. Downloads of mindfulness apps generate billions of dollars annually in the US. In addition to what individual practitioners might have on their phones, schools and prisons along with 1 in 5 employers currently offer some form of mindfulness training. Mindfulness is widely practiced to reduce anxiety, depression and drug addiction.

Plenty of scholarship supports these benefits. But how does mindfulness affect the range of human behaviours—so-called prosocial behaviours—that can potentially help or benefit other people? What happens when the research looks outwardly at social effects of mindfulness rather than inwardly at its personal effects?

It is within the area of prosocial behaviours that a new paper by University at Buffalo researchers demonstrates the surprising downsides of mindfulness, while offering easy ways to minimize those consequences—both of which have practical implications for mindfulness training.

"Mindfulness can make you selfish," says Michael Poulin, an associate professor of psychology in the UB College of Arts and Sciences and the paper's lead author. "It's a qualified fact, but it's also accurate.

The results sound contradictory given the pop culture toehold of mindfulness as an unequivocal positive mental state. But the message here isn't one that dismantles the effectiveness of mindfulness.

"That would be an oversimplification," says Poulin, an expert in stress, coping and prosocial engagement. "Research suggests that mindfulness works, but this study shows that it's a tool, not a prescription, which requires more than a plug-and-play approach if practitioners are to avoid its potential pitfalls."

The findings will appear in a forthcoming issue of the journal Psychological Science.

There are also cultural differences layered on top of these perspectives. People in Western nations most often think of themselves as independent, whereas people in East Asian countries more often think of themselves as interdependent. Mindfulness practices originated in East Asian countries, and Poulin speculates that mindfulness may be more clearly prosocial in those contexts. Practicing mindfulness in Western countries removes that context.

"Despite these individual and cultural differences, there is also variability within each person, and any individual at different points in time can think of themselves either way, in singular or plural terms," says Poulin.

The researchers, which included Shira Gabriel, a UB associate professor of psychology, C. Dale Morrison and Esha Naidu, both UB graduate students, and Lauren M. Ministero, a UB graduate student at the time of the research who is now a senior behavioral scientist at the MITRE Corporation, used a two-experiment series for their study.

First, they measured 366 participants' characteristic levels of independence versus interdependence, before providing mindfulness instruction or a mind wandering exercise to the control group. Before leaving, participants were told about volunteer opportunities stuffing envelopes for a charitable organization.

In this experiment, mindfulness led to decreased prosocial behavior among those who tended to be independent.

In the next experiment, instead of having a trait simply measured, 325 participants were encouraged to lean one way or the other by engaging in a brief but effective exercise that tends to make people think of themselves in independent or interdependent terms.

The mindfulness training and control procedures were the same as the first experiment, but in this case, participants afterwards were asked if they would sign up to chat online with potential donors to help raise money for a charitable organization.

Mindfulness made those primed for independence 33 per cent less likely to volunteer, but it led to a 40 percent increase in the likelihood of volunteering to the same organisation among those primed for interdependence. The results suggest that pairing mindfulness with instructions explaining how to make people think of themselves in terms of their relationships and communities as they're engaging in mindfulness exercises may allow them to see both positive personal and social outcomes.