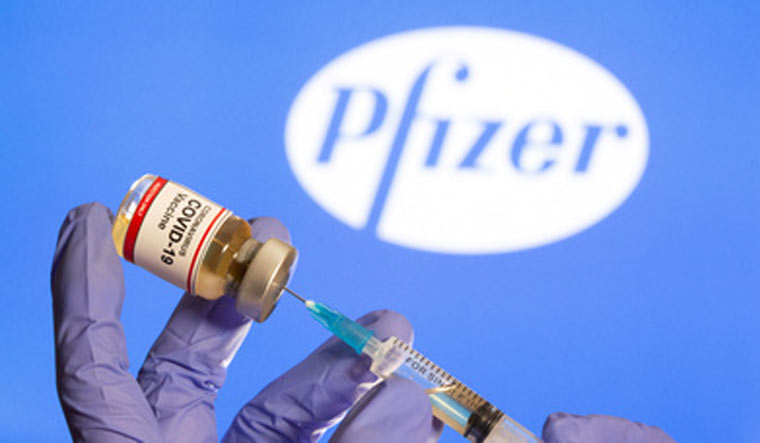 FILE PHOTO: A woman holds a small bottle labelled with a "Coronavirus COVID-19 Vaccine" sticker and a medical syringe in front of displayed Pfizer logo in this illustration taken, October 30, 2020 | REUTERS/Dado Ruvic/File Photo

With India having approved the Oxford-AstraZeneca and Bharat BioTech vaccines for COVID-19 after they conducted trials in the country, the government has reportedly asked Pfizer to conduct local trials in India in order to have that vaccine approved for use in the country.

According to a Reuters report citing a senior government official, the government wants any vaccine maker, including Pfizer—which has already sought emergency use approval for its vaccine, which has already been deployed in the United States, United Kingdom and other countries—to conduct a local “bridging” safety and immunogenicity study.

Pfizer was the first company to seek emergency-use approval for a vaccine in India, and the first private firm in the world to deploy a COVID-19 vaccine (Russia’s Gameleya Institute’s Sputnik V was the first COVID-19 vaccine overall). Its trial results in the US have shown an effectiveness of over 95 per cent against the coronavirus.

The Serum Institute of India, the world’s largest vaccine maker, had conducted a local study of over 1,500 people in India before seeking and receiving emergency approval for the Oxford vaccine on January 3. With over 10.5 million infections, India has the second-largest number of total cases in the world—though the number of daily reported new infections has been tapering since September.