As Sputnik starts India trials, which are COVID-19 vaccines that India could use? 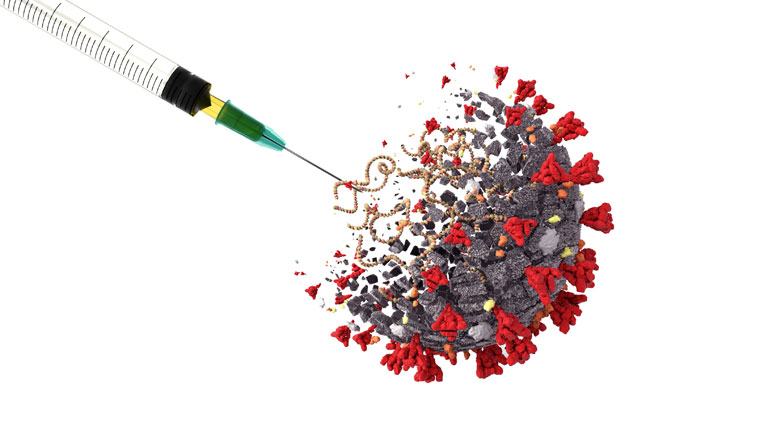 On Sunday, a total of 17 volunteers from India were administered Russia's Sputnik V coronavirus vaccine at a Pune hospital as part of the human clinical trials. Sputnik V vaccine has been developed by the Gamaleya National Research Center of Epidemiology and Microbiology and Russian Direct Investment Fund (RDIF). As per reports, India has purchased 100 million doses of the candidate from Russia. "Seventeen healthy volunteers were administered Sputnik V vaccine in the last three days as part of human trials," Dr S.K. Raut, Head of Clinical Research Department of Noble Hospital, said. "All the volunteers, who were administered the vaccine, will be under observation for the next few days," Dr Raut added.

Countries across the world have commenced mass vaccination programmes, procuring baskets of some of the most promising candidates—the Oxford-AstraZeneca candidate, the Moderna candidate and the Pfizer candidate being some of them. They have all shown promising efficacy results in the third phase of testing.

What vaccines will India use?

There are 30 vaccine candidates which are being developed within the country. Five vaccine candidates are under different phases of clinical trials in India with the Serum Institute of India conducting Phase 3 trial of the Oxford-AstraZeneca COVID-19 vaccine, while the indigenously developed vaccine by Bharat Biotech in collaboration with the ICMR has already started the Phase 3 clinical trial. Another indigenously-developed vaccine by Zydus Cadila has also completed Phase 2 clinical trial in the country.

Dr Reddy’s Laboratories and the Russian Direct Investment Fund (RDIF) had announced the start of adaptive Phase 2 and 3 clinical trials for Sputnik V and Biological E. Ltd has started early Phase 1 and 2 human trials of its COVID-19 vaccine candidate.

India, according to a running analysis maintained by US-based Duke University Global Health Innovation Center, has purchased a gargantuan 1.6 billion doses of vaccine from different sources. If the vaccine is a two-dose shot, it will cover 800 million people, or 60 per cent of its population, and will be enough to develop “herd immunity”, according to news agency PTI. India has purchased 500 million doses of the Oxford-AstraZeneca candidate, one billion from the US company Novavax and 100 million doses of the Sputnik V.

“It is important to have a large basket of vaccines as it is really difficult to know which one is going to be the best among the lot,” Department of Biotechnology secretary Renu Swarup had earlier said. She said the vaccines that are being developed indigenously are on different platforms and each has its own benefits and challenges.

Prime Minister Narendra Modi had earlier assured that the wait for a COVID-19 vaccine will not be long and it may be ready in a few weeks, asserting the vaccination drive in India will begin as soon as scientists give the nod. In his remarks at an all-party meeting held virtually, Modi said healthcare workers involved in treating COVID-19 patients, frontline workers, who include police personnel and municipal staff, and old people suffering from serious conditions would be inoculated on priority. Modi said nearly eight vaccine candidates are at different stages of trial with their manufacturing assured in India and added that three from India are also at different stages of trial.