Tackling the menace due to trans fats - a perspective 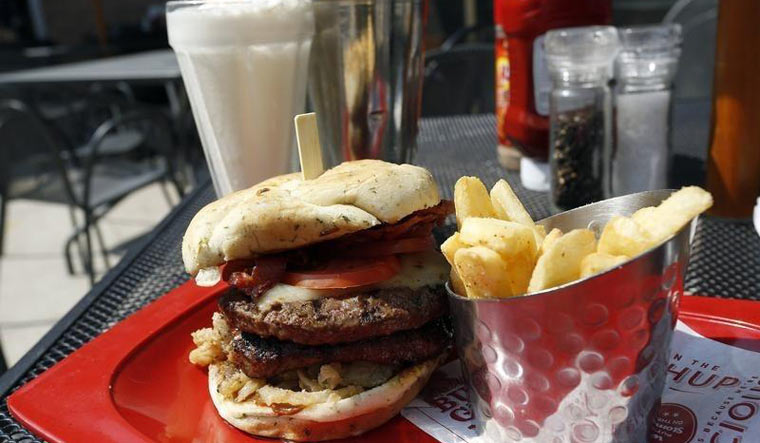 To effectively tackle the increasing burden of Non-Communicable Diseases like CHD, COPD, and diabetes, we must act on two fronts: encouraging a shift in lifestyle and working towards better nutrition standards, including TFA elimination | Reuters

The COVID-19 Pandemic has killed 1, 04, 000 Indians (as of October 6, 2020), the second highest death toll for a country. To prevent the spread of virus, the government had implemented one of the strictest lockdowns in the world. Both the World Health Organization (WHO) and the reputed medical journal, Lancet, have appreciated this step. Six months from the announcement of the first lockdown, Indians are today learning to live with the virus and are slowly ‘unlocking’ their lives. However, this entire time, one of the biggest killers in India continues to silently attack lives, unchecked, unabated and at a greater scale due to its aggravated risk thanks to COVID.

Ischemic Heart Disease or Coronary Heart Disease (CHD) kills more than 4,000 Indians daily (COVID is killing about 1100 Indians a day). It is a lifestyle disease that has fast risen in prevalence in India alongside Chronic Obstructive Pulmonary Disease (COPD) and Diabetes, over the last four decades. These conditions are also the prominent amongst the ‘co-morbidities’ that are responsible for the bulk of the COVID death count.

While there are several internal and external causes for this public health crisis, the medical community is highlighting the presence of industrially manufactured Trans Fatty Acids (TFAs) in food items as one of the causes that need to be addressed on priority. To the uninitiated, you would find these in bakery foods, frozen foods, vegetable oils and cooking supplements, in order to increase their shelf life.

The work on eliminating presence of TFAs has already begun. The WHO’s REPLACE program focuses on eliminating industrially produced TFAs by 2023, with India being one of the countries to publically declare its commitment to the cause. However, there is simply not enough awareness on this issue and therefore progress is rather slow.

To effectively tackle the increasing burden of Non-Communicable Diseases like CHD, COPD, and diabetes, we must act on two fronts: encouraging a shift in lifestyle and working towards better nutrition standards, including TFA elimination. The government has made fitness a priority since it came back to power, with the Fit India Movement being the largest such initiative to nudge Indians towards a more athletic lifestyle and inculcate physical fitness into their daily lives. Community-led initiatives will further boost deliverables of this movement.

However, with TFA in foods being responsible for almost 5 per cent of India’s Coronary Heart Disease deaths, a strong push for eliminating its usage is equally urgent. Over the past couple of years, campaigns such as the Eat Right Movement were launched to trigger social and behavioral change vis-à-vis one’s diet. The government, too, has been promoting nutritional awareness with schemes such as POSHAN Abhiyan. India has aligned itself with the WHO, which has recognized the elimination of trans-fatty acids (TFA) as a ‘best buy’ i.e. a low-hanging, easily implementable goal for low and medium-income countries, which can have exponential positive health benefits for the populace. To increase awareness, the Bureau of Indian Standards has also made declaration of details of fat content on the labels of food products mandatory. Despite all this, about 200 deaths of Indians daily, or 73,000 deaths annually can be attributed directly to TFAs in food items.

Recognizing the criticality of the matter, India has publicly committed to eliminate TFA from its food systems by 2022. The Food Safety and Standards Authority of India (FSSAI) has issued two draft notifications on limiting the presence of TFA content in processed food and edible oils. Formalizing these draft regulations would demonstrate India’s continued commitment to reducing the presence of industrially manufactured TFA.

A few days ago, WHO released its second annual REPLACE report, which tracks the progress of countries in eliminating TFA from its food supply and provides a roadmap for expediting this process. Best practices to eliminate TFA are now in effect for almost 600 million across 14 countries in the world. India, too, has been recognized for making progress. At present, India has a cap of 5 per cent prevalence of TFAs in oils and fats and this will further reduce after these notifications are enforced. But the journey is not over, and a lot needs to be done.

India’s is already the world’s largest population to suffer from heart ailments. More than 20 per cent Indians lose their lives annually just to illnesses that count Trans Fatty Acids amongst its causes. If rapid action is not taken, countless more lives will continue to be lost. An integrated approach spanning legislative action, awareness campaigns, greater healthcare support, community led fitness and health programs, and a robust nutrition monitoring framework shall all be needed for India to succeed in tackling this menace.