How did coronavirus transmit through India? New studies explain role of 'superspreaders' 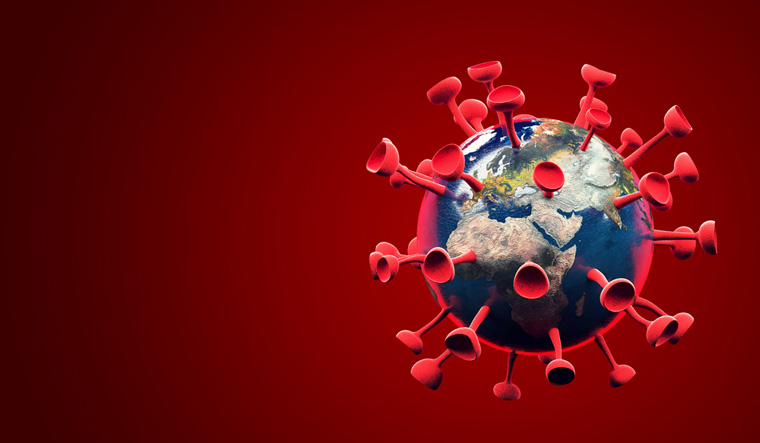 As of Saturday, India's coronavirus death toll crossed the one lakh mark, and the infection tally climbed to 64,73,544. The number of people who have recuperated from the disease crossed 54 lakh, pushing the recovery rate to 83.84 per cent, going by Union health ministry data. The total recoveries have surged to 54,27,706, while there are 9,44,996 active cases of coronavirus infection in the country and a case fatality rate of 1.56 per cent.

The first positive case of the coronavirus infection was reported in Kerala on January 30. Into the ninth month of the battle against the pandemic, our understanding of the epidemiology of the pathogen has evolved by leaps and bounds. We now know that a vast majority of the deaths (close to 70 per cent) occur in people suffering from co-morbidities, and numerous rounds of sero-surveys across the country have shown us a glimpse of the breadth of spread of the virus, and its disproportionate effects on the lower class, urban poor.

A slew of fresh studies across the country have now shed fresh light on the transmission mechanics of SARS-CoV-2 in India. A look at some of the insights, mainly the centrality of 'superspreaders', the differences in rate of transmission by states, and how the virus affects different age groups:

The primary stages of transmission

A recent study published by the Journal of Travel Medicine, conducted by Indian Institute of Technology (IIT), Mandi, found that travellers from Dubai and the UK were the primary sources of COVID-19 importation into India. According to the study, COVID-19 initially found its way into many Indian states mainly due to international travellers. "Dubai’s eigenvector centrality was the highest that made it the most influential node. The statistical metrics calculated from the data revealed that Dubai and the UK played a crucial role in spreading the disease in Indian states and were the primary sources of COVID-19 importations into India," according to the report.

The study has also found that infected cases from Tamil Nadu, Delhi and Andhra Pradesh played a lesser role in spreading the disease outside their communities. On the flip side, infected people in Gujarat, Rajasthan, Maharashtra, Kerala, Jammu and Kashmir, and Karnataka played a significant role in the local transmission, and some of them caused inter-state transfers too, according to the researchers.

“We tracked the spread of COVID-19 and its diffusion from the global to national level and identified a few 'superspreaders' who played a central role in the transmission of the disease in India. The COVID-19 spread in phase one was traced using the travelling history of the patients, and it was found that most of the transmissions were local,” according to the study. The research team has used the travel history of infected patients from January to April as the primary data source. A significant increase in confirmed cases was reported in states like Tamil Nadu, Delhi and Andhra Pradesh during the first phase of the nationwide lockdown, which spanned from March 25 to April 14. The modularity class of states such as Tamil Nadu, Delhi, and Andhra Pradesh was low.

The transmission of COVID-19 in India has been driven mainly by 'superspreaders' or a small percentage of infected people, according to the largest contact tracing study in the country which also shows that children are key to the spread of the novel coronavirus. The researchers, including those from the government of Tamil Nadu, and Andhra Pradesh, along with scientists from University of California, Berkeley, found that over 70 per cent of COVID-19 infected patients in the country did not infect any of their contacts, while 8 per cent of infected individuals accounted for 60 per cent of observed new infections.

The study, based on data collected by tens of thousands of contact-tracers in the states of Andhra Pradesh and Tamil Nadu, was said to be the largest and most comprehensive analysis of COVID-19 epidemiology to date and its findings were published in the latest issue of Science journal. AP Special Chief Secretary K.S. Jawahar Reddy is one of the authors of the report. Jawahar Reddy said risk of transmission from an index case to a close contact ranged from 2.6 per cent in the community to 9 per cent in the household. "It does not differ significantly with respect to the age of the index case [infected person]. Infection probabilities ranged from 4.7-10.7 per cent for low-risk and high-risk contact types, respectively. Same-age contacts were associated with the greatest infection risk," according to the study.

The study of over half a million people in India found that both cases and deaths due to the disease have been more heavily concentrated in the 40-69 year age group than is seen in high-income countries, among other trends. The researchers also found a high prevalence of infection among children who were contacts of other cases around their own age. Based on the data, the scientists said both cases and deaths in the two Indian states were concentrated in younger cohorts than expected from observations in higher-income countries. The study noted that contacts with the same age were associated with the greatest infection risk—a pattern, which the researchers said, was strongest among children between 0-14 years of age, and among adults older than 65 years.

They said the proportion of deaths to the number of infected people, known as the case-fatality ratio (CFR), spanned 0.05 per cent at ages 5-17 years to 16.6 per cent at ages exceeding 85. The researchers also noted that COVID-19 patients in the two states have a median stay of five days in the hospital before death compared to 13 days to death from the date of hospital admission in the US.

It said 63 per cent of those who died had at least one co-morbidity, and 36 per cent had two or more underlying health conditions that made them more susceptible to the disease. About 45 per cent of those who died were diabetic, the scientists said. Unlike observations in high-income countries, they said the deaths in India are concentrated at ages 50-64 years. In the two Indian states in particular, they said only 17.9 per cent of COVID-19 deaths occurring on or before August 1, 2020, were among people older than 75, compared with 58.1 per cent of deaths due to the disease in the US.