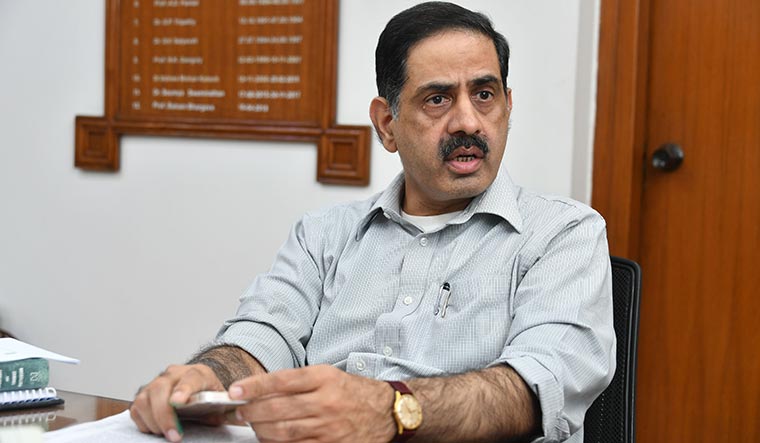 On Sunday, The Telegraph reported that researchers, under government orders, expunged from an IJMR scientific paper the prevalence rates of the coronavirus in containment zones or hotspots in 10 cities, estimated through a national survey. The report, titled 'How the Covid numbers were hushed up', claimed that Indian Council of Medical Research (ICMR) head Balram Bhargava asked the researchers to remove the infection prevalence data from the 10 cities’ hotspots they had included in their paper, giving no specific reasons for the same.

Now, Bhargava has rebutted the reports, saying the findings were not included in the first national serosurvey study paper published recently as the sample size was very small and the zones are "dynamic and change from day to day and week to week". The ICMR had on Sunday said that the findings of the previous serosurvey from the dynamic containment zones in ten cities to assess the extent of COVID-19 transmission in those areas have been communicated to the states for further action.

At a press briefing on Tuesday, Bhargava, while replying to a query, said the first and second national serosurvey had a national representative to estimate the burden, and the sampling was done for that. "The part that was not included in the publication was [on] the containment zones which are very dynamic. They change from day to day and week to week."

He cited the example of Delhi where three serosurveys were carried out in June, July and  August end with results of 22 per cent, 27 per cent and 33 per cent, respectively. "So that was the purpose, and once you estimate the statistical size, this will not be accepted in a publication if you add a little bit of data from a containment zone in that paper," he said.

The apex health research body had tweeted on Sunday it has been continuously communicating with the respective state authorities and the findings of the previous survey from the dynamic containment zones were communicated to the states for further action. "The second round of countrywide serosurvey led by ICMR has been successfully completed. The final phase analysis of the survey is now underway and will offer a comparison with the results of the first survey," it said in another tweet.