One in 10 COVID-19 patients return to hospital after being sent home: US Study 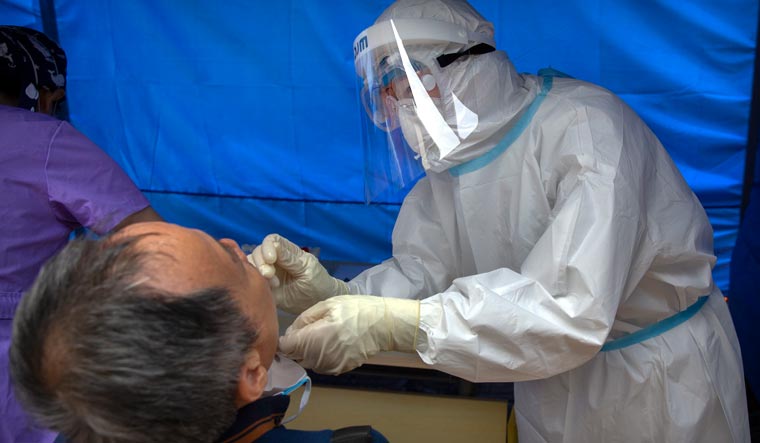 Nearly one in 10 patients diagnosed with COVID-19 needed to return to the hospital within a week of discharge from an emergency department visit, according to a new study which assessed data from more than 1,400 patients who were admitted during the first three months of the pandemic.

The study, published in the journal Academic Emergency Medicine, assessed data of COVID-19 patients from the Philadelphia region in the US between March and May 2020.

"We hope this study helps emergency clinicians have more informed conversations with patients suspected to have COVID-19," said the study's lead author Austin Kilaru from the University of Pennsylvania School of Medicine in the US.

"It can be difficult to make this diagnosis and send patients home without knowing if they will get sick in the coming days. This study gives clinicians a few signposts to know how often and when patients may need to return, and what risk factors to pay attention to," Kilaru said.

In the research, the scientists looked at 1,419 patients who went to an emergency department (ED) between March 1 and May 28, 2020, were discharged, and tested positive for COVID-19 in the seven days surrounding that visit.

According to the study, 4.7 per cent of the patients returned to the hospital and were admitted within just three days for their initial ED visit, and an additional 3.9 per cent were hospitalised within a week.

In total, the researchers said 8.6 percent of patients were coming back to the hospital after their first ED visit due to COVID-19.

"We were surprised with the overall rate that patients return and need admission, which is twice that of other illnesses," Kilaru explained.

"The concern is not that emergency physicians are making wrong decisions, but rather that COVID-19 can be unpredictable and turn severe rather quickly," he added.

Compared to patients in the 18 to 39 years of age range, the researchers said those over 60 were more than five times as likely to require hospitalisation after being discharged from their initial emergency department visit.

The study noted that people in the 40 to 59 age range were three times as likely to require hospitalisation than the younger group.

When it came to individual symptoms, the researchers said patients of any age with low pulse oximetry readings were about four times as likely to require hospitalisation upon return as compared to those with higher readings.

They said patients with fevers were more than three times as likely as compared to those without.

"If the patient had other factors such as an abnormal chest X-ray, the likelihood of needing to come back to be hospitalised goes up even more," said the study's senior author, M. Kit Delgado from the University of Pennsylvania School of Medicine.

However the researchers said there were no signs of differences along racial or gender lines.

"This further contributes to the evidence that the known racial disparities in COVID mortality are not related to differences in care and outcomes among patients once treated in the same hospital system," Delgado said.

Rather, the disparities are structural related to the higher rates of infection and access to care in low-income communities, which are disproportionately Black and Hispanic," he added.

The scientists believe the findings can better inform doctors on who is most appropriate for home recovery, and underscored the need for remote monitoring as a useful tool for looking after COVID-19 patients.