Three top scientists have questioned the methodology of the Lancet study 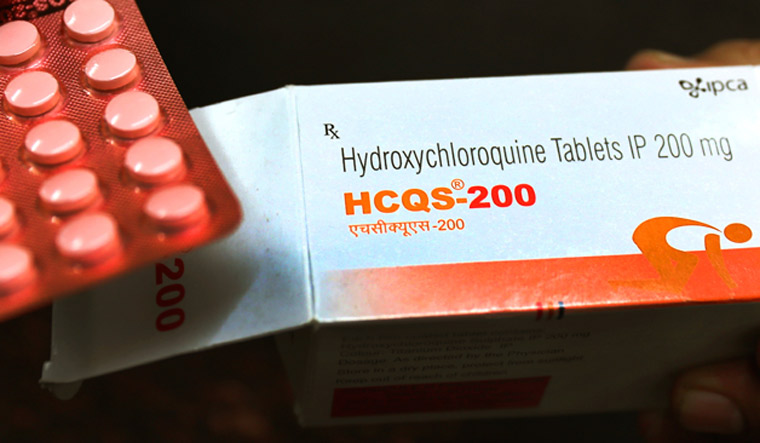 Days after the WHO suspended recruitment of patients into the hydroxychloroquine arm of its multi-drug, multi-national Solidarity trial, top Indian scientists have written to the global health body's chief scientist, Dr Soumya Swaminathan, opposing the move.

In a letter to Swaminathan, three scientists—Dr Anurag Agarwal, director, CSIR-Institute of Genomics and Integrative Biology, Rajeeva Karandikar, Chennai Mathematical Institute, and CSIR chief Dr Shekhar Mande—have questioned the methodology of the Lancet study based on which the WHO trial has been paused, and called the global health body's action "knee-jerk".

On May 22, a large study published in the Lancet showed that among the 100,000 patients belonging to multiple countries who got the drug (alone or with an antibiotic), the death rate was higher and an increased frequency of irregular heartbeats was observed. The researchers could also not confirm any benefit from the drug among the COVID-19 patients. Shortly after, on May 25, the WHO temporarily paused the HCQ arm of the Solidarity trial, and said that it would be reviewing the safety data. The Lancet study has since been critiqued on various factors.

India, a participant in the WHO trial, has recommended HCQ for frontline workers such as doctors, nurses, sanitation workers for disease prevention and has also prescribed the HCQ and azithromycin as part of its treatment protocol.

The letter points out that in the Lancet study, the COVID-19 patients who have been analysed had been hospitalised between December 20, 2019-April 14, 2020, and were cases where the PCR test had confirmed the infection. "However, the first reported symptoms of the disease as cluster of cases of pneumonia were recorded on December 31, 2019, in Wuhan China, it was only on January 5 that the WHO published the first news of the disease outbreak. The first case was recorded in the US on January 20. Thus, scanning the records of hospitalisation from December 20, appear unjustified," the scientists say. They also point out "data errors" in the number of cases and deaths in the study, when compared with public records.

The "main error", they say—which is true for all observational studies—is the baseline difference between the groups and the statistical methods to adjust for these differences. "Clearly, in this electronic health record driven study, without any inputs of local treatment protocols, we do not know whether the patients chosen were based on severity of symptoms ( as is likely given the short supply of the drug), the number of symptoms observed, or location specific (some hospitals gave it to all, while others gave it a few)," the letter states.

This leads to confounding, that can't be statistically corrected using available data. In epidemiology, confounding involves the possibility that an observed association is due—totally, or in part—to the effects of differences between the study groups (other than the exposure under investigation) that could affect their risk of developing the outcome being studied.

The scientists argue that the drug was being given to sicker patients, based on their symptoms, affecting the study's conclusions.

"We note that the Mehra et al paper in The Lancet has plenty of loopholes, statistics [statistical methods are] not rigorous, [is] shoddy, [and arrives at] erroneous conclusions. We have taken it up with Richard Horton [editor-in-chief, Lancet] and the WHO. The latter [WHO] must resume the HCQ [trial] asap," CSIR chief, Shekhar Mande tweeted on Friday.