The patients may experience psychiatric problems such as delirium and PTSD 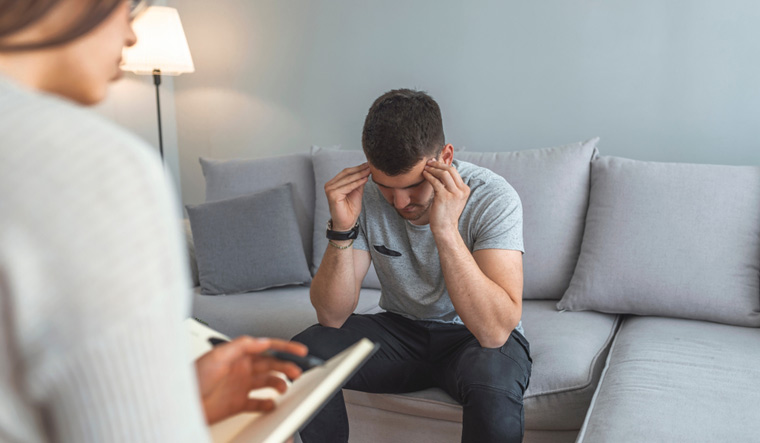 People taken ill by coronavirus infection may experience psychiatric problems such as delirium and post-traumatic stress disorder (PTSD) while hospitalised and potentially even after they recover, according to a study.

The researchers from the University College London (UCL) in the UK found that one in four people hospitalised with COVID-19 may experience delirium during their illness, a known problem among hospital patients, which can increase risk of death or extend time in hospital.

The post-recovery effects of COVID-19 are not yet known, so long-term risks such as post-traumatic stress disorder (PTSD), chronic fatigue, depression, and anxiety are based on SARS and MERS studies, which may or may not apply to COVID-19 as well.

"Most people with COVID-19 will not develop any mental health problems, even among those with severe cases requiring hospitalisation, but given the huge numbers of people getting sick, the global impact on mental health could be considerable," said study co-lead author Jonathan Rogers from UCL.

"Our analysis focuses on potential mental health risks of being hospitalised with a coronavirus infection, and how psychiatric conditions could worsen the prognosis or hold people back from returning to their normal lives after recovering," Rogers said.

The research analysed 65 peer-reviewed studies and seven recent pre-prints that are awaiting peer review, which included data from over 3,500 people who have had one of the three related illnesses.

The review only included results from people who were hospitalised, and not people with more mild cases.

The findings cover both acute symptoms during the illness, and long-term outcomes from two months to 12 years.

Almost one in three people hospitalised with SARS or MERS went on to develop PTSD, at an average follow-up time of almost three years, especially if they had ongoing physical health problems, the researchers said.

In hospital, a significant minority of people with coronavirus infections experienced delirium symptoms such as confusion, agitation and altered consciousness, it found.

Almost 28 per cent of people hospitalised for SARS and MERS experienced confusion, and early evidence from the ongoing pandemic suggests that delirium could be similarly common in COVID-19 patients, the researchers said.

They found some preliminary evidence that delirium may have been associated with raised mortality during the MERS outbreak.

"We need more research on how to prevent mental health problems in the long term," said study co-lead author Edward Chesney, from King's College London in the UK.

"One possibility might be to reduce social isolation by allowing patients to communicate with their loved ones by using video links," Chesney said.

Researchers found that worrying a lot about the illness was associated with worse mental health in the long run.