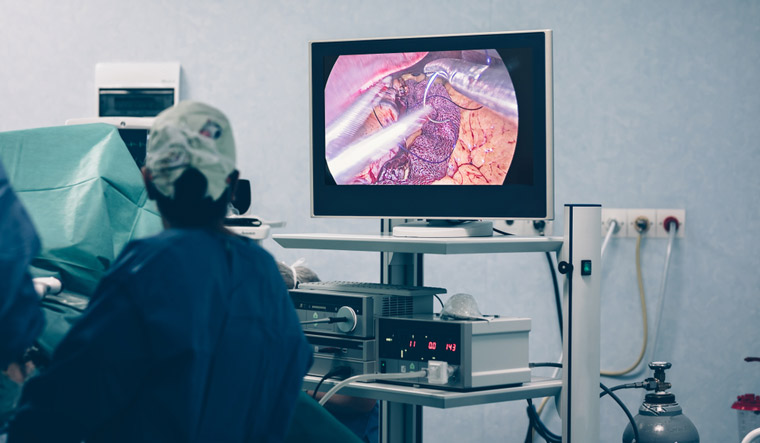 Obese patients may lose more weight if they undergo bariatric surgery before they develop diabetes, according to a study which may lead to better outcomes among those who undergo the medical procedure to alter the digestive system.

According to the research, to be published in the Journal of the Endocrine Society, bariatric surgery can lead to remission of both obesity and diabetes in patients who have them together.

"However, which population could have the most benefit from the surgery, and the possible impact of diabetes on the success of their weight-loss surgery is still unknown," said lead researcher Elif A. Oral from the University of Michigan.

"Our study suggests that having bariatric surgery before developing diabetes may result in greater weight loss from the surgery, and together with data that is available from other studies, bariatric surgery may potentially prevent or delay diabetes from developing," Oral said.

The researchers assessed data from 714 patients in the Michigan Bariatric Surgery Cohort (MI-BASiC) to see whether diabetes before surgery could have any impact on weight loss outcomes five years or more after receiving the surgery.

They also analysed the BMI of each patient—a measure of body fat based on height and weight.

According to the study, all of the patients either had a body mass index (BMI) of more than 40, or a BMI of 35-39.9 with diabetes.

Patients without diabetes had a 1.6 times higher chance than those who already have diabetes of achieving successful weight loss, the study noted.

The scientists also said the presence of diabetes before surgery diminished weight loss by 1.2 BMI points, which is roughly 10-15 per cent of the total BMI points patients lost on average.

Even after adjusting the effect of time, surgery type, age, gender and pre-surgery weight, they said weight loss among individuals with diabetes were still significantly lower than individuals without diabetes.