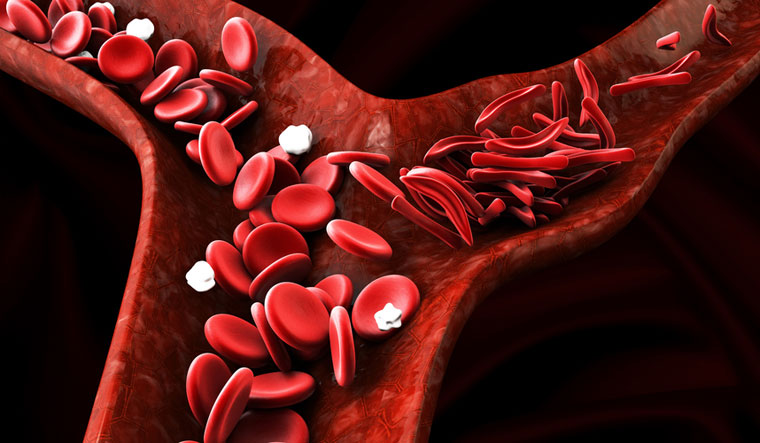 Researchers at Bhopal-based Government Homeopathic Medical College have designed and patended genetic inheritance prediction card (GIPC), which can predict whether the offspring of prospective spouses will be affected by sickle cell anaemia and Thalassemia.

According to the doctors, the GIPC can help the prospective spouses know before getting married whether any of them is carrying a gene and trait of sickle cell anaemia and Thalassemia and whether their future child would also be affected by these diseases.

As they can get to know this before marriage, the would-be spouses can decide not to tie the knot, which will ultimately control the spread of these two diseases, they said.

National Health Mission MP Blood Cell Deputy Director, Dr Ruby Khan, said, "Nambison GIPC and web app is an excellent initiative that will nip the sickle cell anaemia and Thalassemia in the bud. The treatment of these diseases needs huge money, which the poor can't afford. A lot of work is needed in this direction."

According to her, while the prevalence of sickle cell anaemia is 20 to 25 per cent in almost one-fourth of the state's tribal-dominated districts, Thalassemia patients were found across the state.

Dr Nisanth Nambison said, "With this new invention, the prospective couples will just have to place one GIPC of their medical history over another to instantly know about whether their offspring will inherit this disease, which is 100 per cent preventable."

The Nambison GIP cards bear genetic status code in a special colour-coded bar form that are strategically placed with special windows on it, he added.

"If the bride and the groom get to know this before marriage, they may decide against tying the knot. This way, the spread of the two diseases to the next generation will get arrested," Dr Nambison said.

According to him, worldwide, over 9 million pregnant women carry these diseases or their trait.

People, mostly tribals, living in areas connecting Madhya Pradesh, Maharashtra, Odisha and Gujarat, affected by the two disease have their medical history in these cards, he added.

The MP government gives people living in the affected areas health cards that carry their medical history. People in the affected regions of Maharashtra, Odisha and Gujarat are also given similar cards, he added.

He said the government has appointed genetic and marriage counsellors at some places in these areas.

According to Dr Smita Nambison, over three lakh babies with severe forms of these diseases are born mainly in low and middle-income countries annually.

Approximately five per cent of the world population are carriers of a trait gene for haemoglobin disorders, mainly sickle-cell disease or Thalassemia.

According to her, the GIPC will help the prevention of the diseases world-wide.

During a speech made in the winter session of the Parliament in 2015, Prime Minister Narendra Modi had described sickle cell anaemia as a condition worse than cancer, she said, claiming that as the CM of Gujarat, he had done a lot to curb the spread of these two diseases in that state.