Global warming may increase the prevalence of illnesses caused by undernutrition 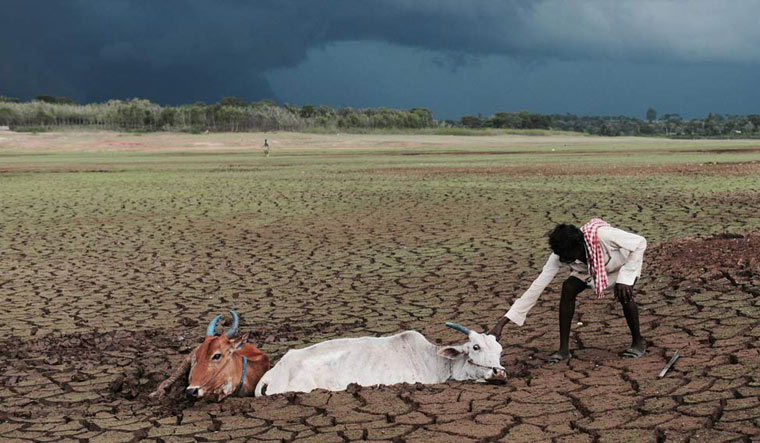 Global warming may increase the prevalence of illnesses caused by undernutrition -- the lack of sufficient nutrition intake -- according to a study which calls for better strategies to prevent young and elderly people from heat exposure.

The researchers, including those from Monash University in Australia, analysed the daily hospitalisation data that covers nearly 80 per cent of the population of Brazil, from the years 2000 to 2015.

They studied the link between admission in hospitals for undernutrition and daily mean temperatures.

The results of the study, published in the journal PLOS Medicine, revealed that for every one degree Celsius increase in daily mean temperature during the hot season, there was a 2.5 per cent increase in the number of hospitalisations for undernutrition.

The researchers wrote in the study that about 15 per cent of hospitalisations for undernutrition could be attributed to heat exposure with the nature of the relationship consistent in women and men, but stronger among the elderly, adolescents, and children than other age groups.

The association between increased heat and hospitalisation for undernutrition was greatest for individuals aged over 80, and those 5 to 19 years, the study noted.

The researchers suggested that increased heat may cause illness through undernourishment in a number of ways such as by reducing appetite, provoking alcohol consumption, reducing motivation to shop and cook, exacerbating already existing undernutrition and leading to hospitalisation, or by worsening food digestion and absorption capacity.

According to the study, the climate crisis is one of the biggest threats to the reduction of hunger and undernutrition, especially in low and middle-income countries.

"It has been estimated that climate change will reduce global food availability by 3.2 per cent and thus cause about 30,000 underweight-related deaths by 2050," the researchers wrote in the study.

However, the researchers added this may underestimate the real effect of the climate crisis on future undernutrition-related morbidity and mortality, since it overlooks the direct and short-term effects of temperature rise.

"It is plausible to speculate that climate changes could not only increase the rate of undernutrition in the most affected areas of the globe, but at the same time, impair individuals' capacity to adapt to projected rises in temperature," the researchers said.

The study noted that global strategies tackling the climate crisis and undernutrition together should not only focus on food systems, but also on the prevention of heat exposure.