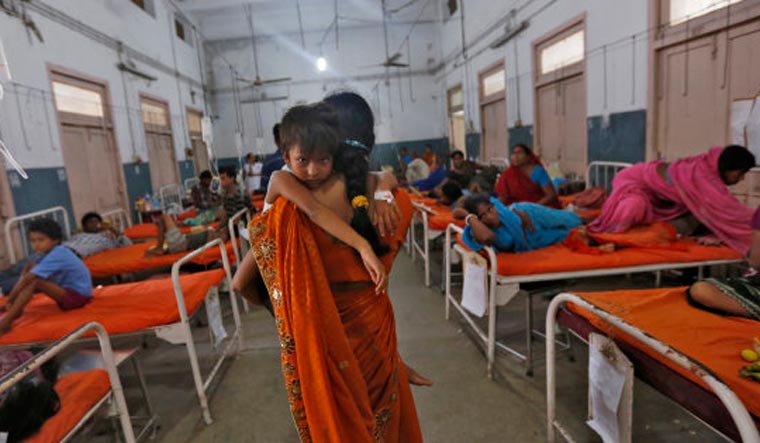 Vice President M Venkaiah Naidu on Thursday said steps should be taken on a war-footing to address problems posed by communicable and non-communicable deceases and absence of adequate modern medical facilities in the rural areas.

Speaking at 27th annual meeting of the Indian Academy of Neurology IANCON 2019 in Hyderabad, he urged the medical fraternity to play a pro-active role and launch an awareness campaign on the need to prevent non-communicable diseases like diabetes, hypertension and cancer which were assuming disturbing proportions.

The country is facing the twin burden of some communicable diseases and NCDs, apart from glaring absence of adequate modern medical facilities in rural areas,particularly in the remote parts of the country. This is an area that needs to be addressed on a war-footing by all the stakeholders in the healthcare industry, including the private sector, he said.

According to him, 55.2 per cent of all deaths in the country in 2016 were due to non-communicable diseases.

We face a huge shortage in the number of qualified medical practitioners in India, especially specialist doctors. The National Health Profile 2018 says that there is just one allopathic government doctor available for around 11,082 people across the country, a figure more than 10 times of the WHO recommended figure of 1:1000, he said.

The Vice-President said both private and public hospitals as well as individual doctors need to visit nearby schools and colleges in their localities regularly and educate the youngsters on the health hazards posed by modern lifestyles and the need for regular physical activity and healthy dietary habits.