Now, you can experience art in ultra high resolution 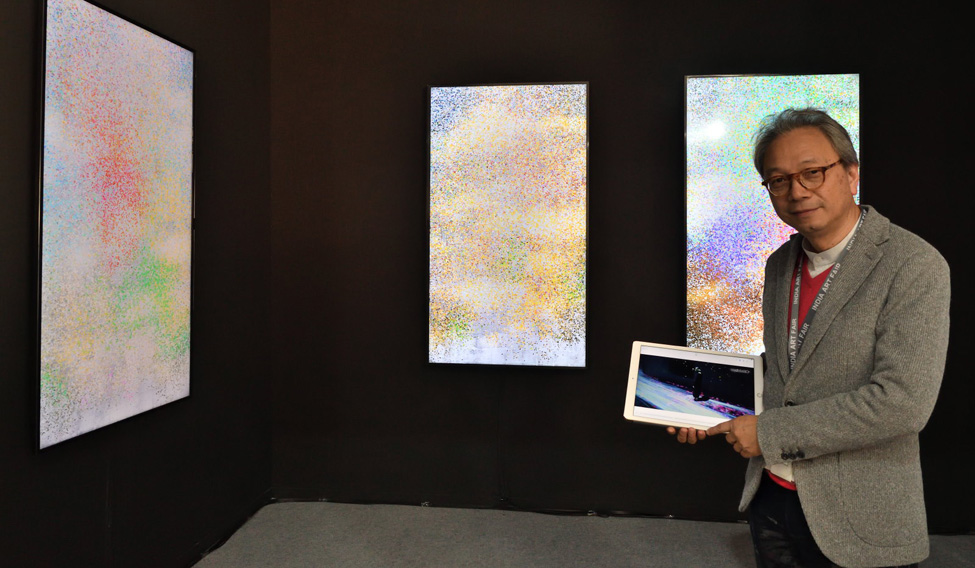 Japanese art collective teamLab has been making art since 2001. But, there is an unusual element to their creations. Most of the people working at teamLab are engineers with different specialisations such as hardware, software, and digital coding. The rest are graphic designers, mathematicians and architects, who specialise in sensor technology and represent the age of the internet.

Six members of this collective team are showcasing a unique 'Fleeting Flower Series', a digital work that involves four 4K TV screens and coded synchronisation at the India Art Fair.

The works showcase a balance between art, science, technology, design and the natural world. They are expressed using 4K technology and ultra high resolution. One can find Sunflower Phoenix (2017), Chrysanthemum Tiger (2017), Peony Peacock (2017), and Lotus Elephant (2017) that have been created from the scratch in the virtual space in 3D.

Describing the art, Ikkan Sanada, art advisor at teamLab, says, “We do not use paper and pen. Everything is done using computers. The teamLab software that we use is custom made by the members. The current works have used flowers as paint to create images. These images are never complete, highlighting the ephemerality of the birth-death cycle.”

The art collective commenced operation in Tokyo in 2001 with five graduates, all keen on creating art using technology that involved internet. So, in 2001, they began working on digital art. Though people could hardly understand the technology then, times have since changed.

The current artwork is based on Japanese culture. “These animals and birds are moving images that used to be painted on traditional Japanese folding screens during the 14th century. That’s why, as a background on the screen, we have added silver tiles to mark the nostalgia,” says Sanada.

However, this art technology cannot be added to just any screen. One needs an ultra high resolution screen with 4K technology, a laptop and a computer. A panel of screen costs $60,000 and pairing it with the laptop can take the total cost to $70,000. Splurge at your own risk.