Grand reception in Mumbai later, according to reports 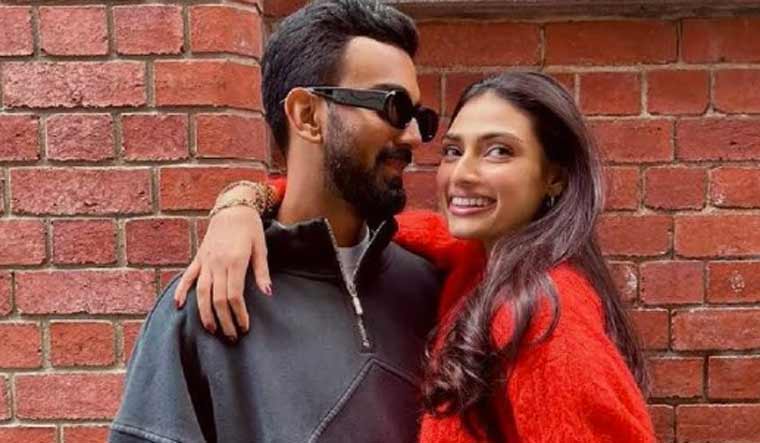 Actress Athiya Shetty and cricketer KL Rahul will marry in an intimate ceremony at Suniel Shetty's Khandala farmhouse on Monday, according to reports. The pre-wedding ceremonies including sangeet took place on Saturday, glimpses of which were shared by paparazzi on social media.

The couple will hold a lavish reception in Mumbai later and cricketers, celebrities and politicians are expected to attend the star-studded event. More than 3,000 guests have reportedly been invited for the event.

Though there have been speculations, Athiya and Rahul have remained tight-lipped about their relationship. There has been no official confirmation from the families about the wedding. On Sunday, however, Athiya's father Suniel spoke to paparazzi stationed outside the house and confirmed that the wedding as indeed happening. The actor assured them that Athiya and Rahul will pose together post-wedding for the media, Indian Express reported. Suniel thanked them for their support and made sure that there are proper arrangements made for them.

Actor Ajay Devgn showered took to social media to wish the couple. He wrote: Congratulations to my dear friends @SunielVShetty & #ManaShetty for their daughter @theathiyashetty’s marriage to @klrahul. Here’s wishing the young couple a blissful married life. And, Anna, here’s a special shout-out to you on this auspicious occasion.”

Times of India reported that Athiya and Rahul may don outfits by fashion designer Sabyasachi for their big day.