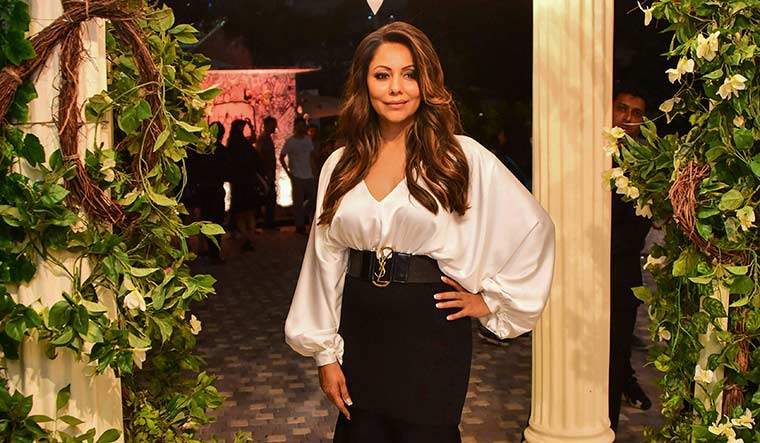 Nothing can be worse than what her family has "just been through", Gauri Khan has said while expressing gratitude to friends and well-wishers for supporting her and superstar husband Shah Rukh Khan in "tough times".

The couple's eldest son Aryan was arrested last year by the Narcotics Control Bureau (NCB) in an alleged drug case and spent 22 days in jail. Following the arrest, the family was under intense media scrutiny, was the subject of much speculation and innuendo and also received ample support from fans, industry friends and colleagues.

"As a family, I think nothing can be worse than what we've just been through, obviously as a mother as a parent. But today where we stand as a family, I can say that we are in a great space," Gauri told good friend and filmmaker Karan Johar on his chat show 'Koffee with Karan' season 7.

Taking no names, Karan asked the 51-year-old interior designer about emerging stronger as a family after facing turbulent times. "We feel loved by everyone," she said in response.

"All our friends and so many people who we didn't know you know, so many messages and so much of love. I just feel blessed. I think today, we feel blessed. And I will say I'm grateful to all the people who've helped us through this," she added.

This is perhaps the first comment anyone from the family has made on the trauma they went through during Aryan's weeks behind bars.

Shah Rukh and Gauri are also parents to daughter Suhana and son AbRam.

In the episode, Gauri was accompanied by Maheep Kapoor and Bhavana Pandey of Fabulous Lives of Bollywood Wives fame.