My sex life is not interesting, says Taapsee Pannu on not being invited to 'Koffee With Karan' 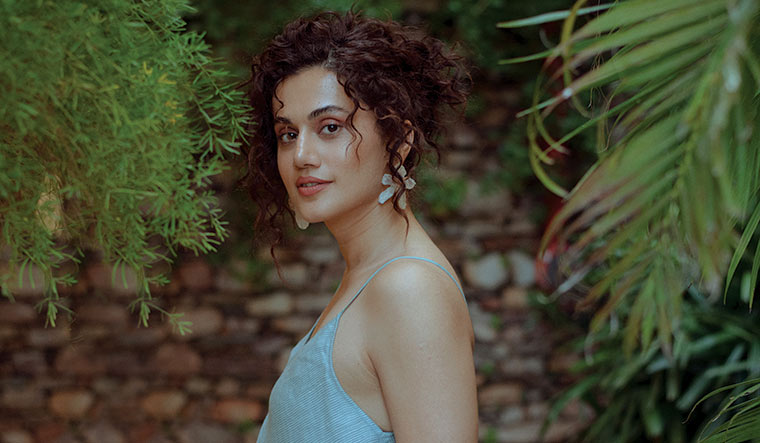 The seventh season of popular Karan Johar show 'Koffee with Karan' is on air. The show that offers fans a rare and intimate peek into the off-screen dynamics of the film industry, cliques, friendships, and romantic equations of the stars has plenty of fans as it regularly features Bollywood A listers.

Bollywood actor Taapsee Pannu was recently asked by a journalist about why she does not appear in the show. The actor replied jokingly, "My sex life is not interesting enough to be invited on Koffee with Karan."

Pannu said this during a promotion event of her upcoming movie Dobaaraa, directed by Anurag Kashyap. A remake of the Spanish film Mirage, Dobaaraa also stars Pavail Gulati in the lead.

During the show, Johar usually questions the actors about their sex life among other things. In an episode which featured Alia Bhatt and Ranveer Singh, the director had asked Bhatt about her wedding night.

Other actors like Janhvi Kapoor, Sara Ali Khan, Kareena Kapoor and Aamir Khan who appeared in the show too were asked about their private life.

In the recent episode, when Kareena Kapoor was asked about sex life after having kids, the actor had said, "you would know." Johar then said, "My mother is watching the show...you are talking badly about my sex life." Khan intervened and said, "Your mother doesn't mind you talking about other people's sex lives? Kaise sawaal pooch raha hai (What type of questions are these?)”.