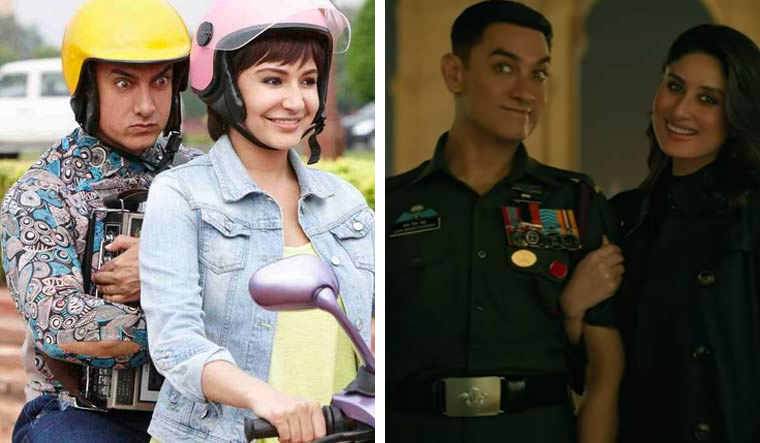 Ever since the trailer of Aamir Khan's Laal Singh Chaddha was released, people have been pointing out that his performance in the trailer looks a lot similar to the acts in his earlier flicks, particularly PK. There were also those who observed that the actor had the same expressions in earlier films like 3 Idiots and Dhoom 3 as well.

Directed by Advait Chandan, Laal Singh Chaddha, a remake of 1994 Hollywood film Forrest Gump, follows the extraordinary journey of a simpleton named Laal (played by Khan) as he chases his dreams and love. The film also features Kareena Kapoor Khan, Mona Singh and Naga Chaitanya in the lead.

According to Pinkvilla, reacting to the criticism, Khan said people should first watch the film and decide. "I will tell you why, because there is one similarity in Laal and PK and that is innocence. Laal is innocent and so is PK. This is a very strong quality which both of them possess."

He said people will not be able to see the difference between the two characters by only watching the trailer.

When you watch the film, I hope that you see the same innocence in PK and Laal, but this is where the similarities between the two characters end, the actor reportedly said.

Laal Singh Chaddha is scheduled to be released worldwide on August 11.