Film was scheduled to hit theatres on January 21 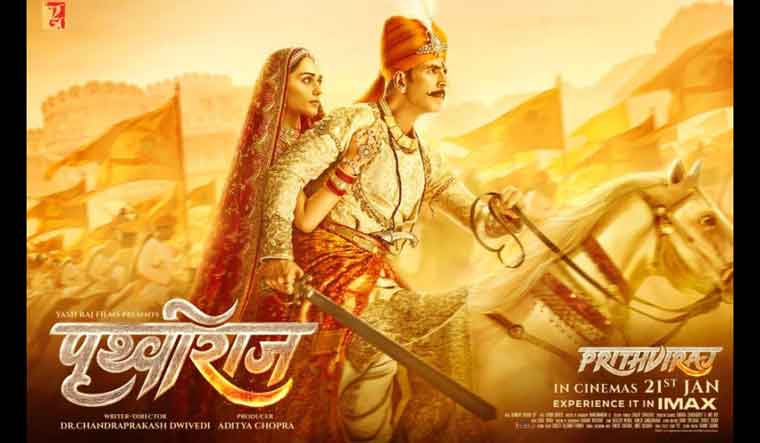 The release of Akshay Kumar-starrer historical drama Prithviraj has been postponed. The film was scheduled to hit theatres on January 21.

Film trade analyst Taran Adarsh took to Twitter to share the update. He wrote, “‘PRITHVIRAJ’ NOT ON 21 JAN… YRF NOT DECIDED ON NEW RELEASE DATE YET… #Prithviraj #AkshayKumar #YRF.”

Yash Raj productions is yet to announce another date. In the film, Akshay essays the titular role of Prithviraj Chauhan, who fought "valiantly against the merciless invader Muhammad of Ghor", the production house had said in a statement earlier.

The film is directed by Chandraprakash Dwivedi, best known for helming the television epic Chanakya (1991) and the 2003 film adaptation of Amrita Pritam's novel Pinjar.