They got married as per both Hindu and Muslim rituals 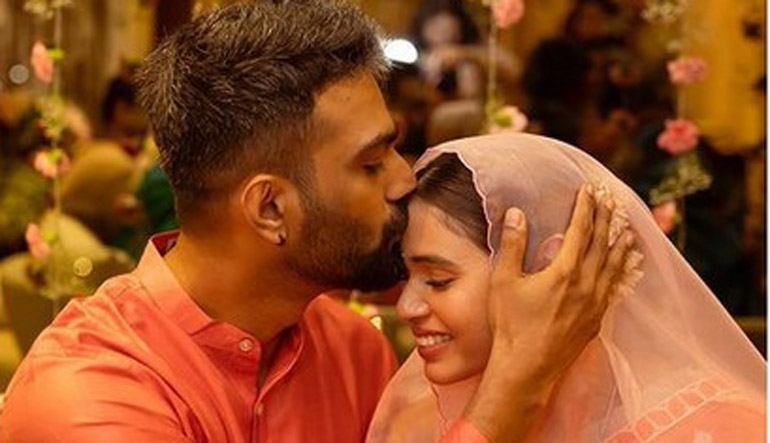 Playback singer Shalmali Kholgade, on Tuesday, announced that she has tied the knot with her boyfriend Farhan Shaikh.

Taking to Instagram, Kholgade said she got married to Shaikh, a sound engineer, on November 22 in an intimate ceremony that was held at her residence in Mumbai.

"22nd November 2021 is the most precious day in my life thus far! The day I got married to my perfect match @farhanfshaikh...

"We had precisely the kind of wedding we had hoped to have... In the living room of our home with our parents and siblings, a few aunts and cousins!" the 31-year-old singer wrote alongside a photo with Shaikh and other relatives.

Kholgada is known for singing some of the most popular tracks in recent times including 'Pareshaan' from Ishaqzaade, 'Aga Bai' from Aiyyaa and 'Daru Desi' from Cocktail.

The singer said Shaikh and her got married as per both Hindu and Muslim rituals.

"Farhan's brother-in-law @abdullahusman was kind enough to recite a Dua, conduct an english translation of Nikaah and then did recited Al-Fatihah.

"My incredible Father conducted the Lajja Hom and Saptapadi with an English translation. As complete as it can be was what our wedding was. I still can't get over how wholesome it was!" Kholgade posted.

The couple received congratulatory messages from many from the music world, including Clinton Cerejo, Shilpa Rao, Jonita Gandhi as well as actors Priya Bapat and Gauahar Khan.