Puneeth Rajkumar to be conferred with Karnataka Ratna

It is the highest civilian honour in the state 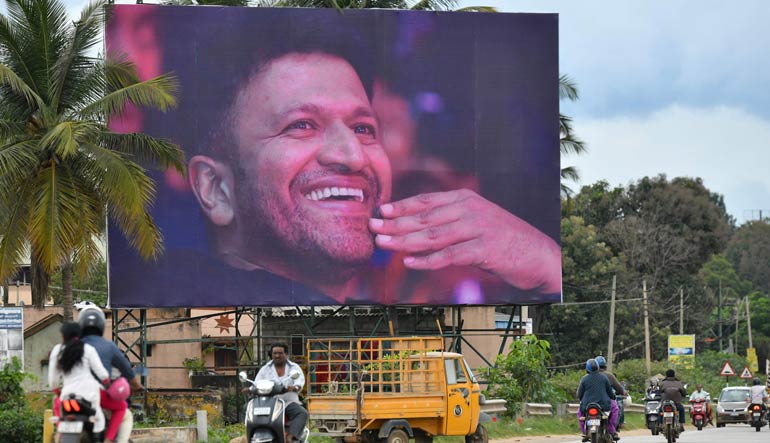 The Karnataka government decided to honour late actor Puneeth Rajkumar with Karnataka Ratna, the highest civilian award in the state.

Considered the Kannada cinema's reigning star, Puneeth, youngest of five children of thespian and matinee idol Dr Rajkumar, had died of a cardiac arrest on October 29 at the age of 46.

After the actor's death, there were demands from various quarters for 'Padma Shri' award him. Many political leaders, including Agriculture Minister B.C. Patil, Minister for Tourism Anand Singh and Senior Congress leader and leader of opposition in the state, Siddaramaiah, had sought Padma Shri for the late actor for his achievements and contributions he made to Kannada cinema.

Puneeth, popularly known as 'Appu' and 'power star', by his fans, made debut on screen when he was just six-months-old and went on to win a national award as a child artist for the film Bettada Hoovu. He then re-emerge as a lead actor in 2002 and went on to star in 29 films, delivering some big hits.