Kerala Minister for Culture Saji Cherian made the announcement on Thursday 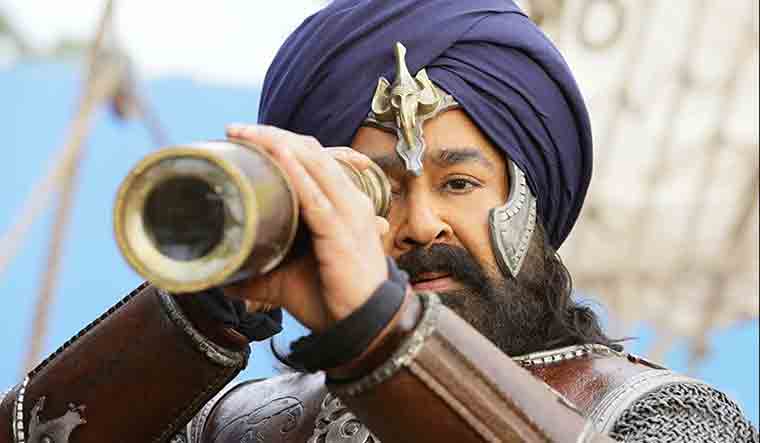 Amid rumours that the Mohanlal-starrer Marakkar: Arabikkadalinte Simham may be heading to an OTT platform, it has now been decided that the film will be released in theartes on December 2.

Kerala Minister for Culture Saji Cherian made the announcement on Thursday after holding talks with representatives of the film producers association and the producer of the movie Antony Perumbavoor.

Antony had earlier told reporters that he can't wait any longer to release the movie. "I am thinking about whether to release it in theatres or on OTT. There are bigger films than Marakkar waiting to be made," he had said.

The minister said the producer made a "big sacrifice" by agreeing to release the movie in theatres. "He has done so by taking into account those who are dependent on films and for the survival of the industry."

The movie has been delayed by two years in the hope that it could be released in theatres. “When we made this film, we made it for theatres. We also waited for it. We are now considering all possibilities to decide on this,” Indian Express quoted the producer of the movie as saying.

Marakkar: Arabikadalinte Simham, made on a budget of 100 crore and directed by Priyadarshan, follows the life of Kunjali Marakkar IV, who was the naval chief of the Zamorin of Calicut. The movie, with Sunil Shetty, Arjun Sarja,  Prabhudheva, Manju Warrier, Keerthy Suresh, Pranav Mohanlal and Kalyani Priyadarshan in the lead besides Mohanlal, has won three National Awards, including Best Feature Film, Best Special Effects and Best Costume Design.