‘Nothing can stop him’: Boney Kapoor shares pics from Ajith’s bike trip

Pictures shared by fan pages have been trending on social media 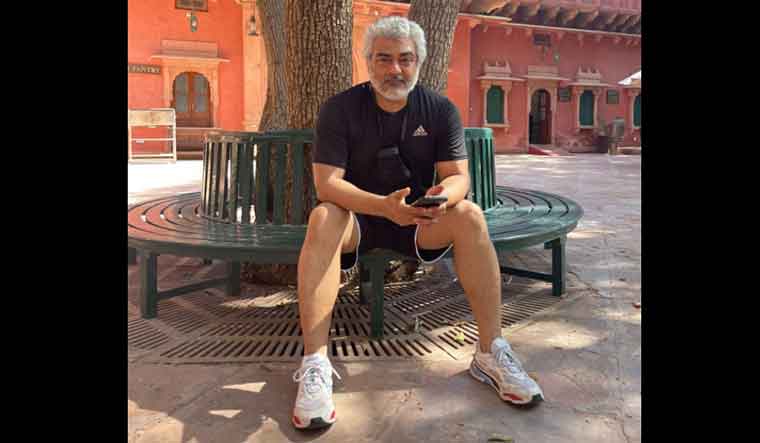 Tamil actor Ajith is on a biking trip, and pictures shared by fan pages have been trending on social media.  Filmmaker Boney Kapoor took to Instagram on Saturday to posted a series of pictures of Ajith where he is seen on a bike and with soldiers.

“Nothing can stop him from living his passion and making each dream come true. Universally Loved. #AjithKumar” Kapoor wrote on Twitter.

Nothing can stop him from living his passion and making his each dream come true. Universally Loved. #AjithKumar pic.twitter.com/vcynxZdkZ8

Earlier this week, photos of Ajith at the Wagah Border were also trending.

On the work front, Ajith’s Valimai will release in theatres in January next year.  The Tamil-language action thriller film is written and directed by H Vinoth and produced by Zee Studios and Boney Kapoor under Bayview Projects LLP. The film also stars Huma Qureshi and Kartikeya Gummakonda.

Ajith, who is also a motor car racing enthusiast, has competed in circuits in Mumbai, Chennai and Delhi. The actor has raced in the 2003 Formula Asia BMW Championships, 2010 Formula 2 Championship among other prestigious championships, the Indian Express stated in a report.