Ananya had reached the NCB office around 2.25pm to be questioned 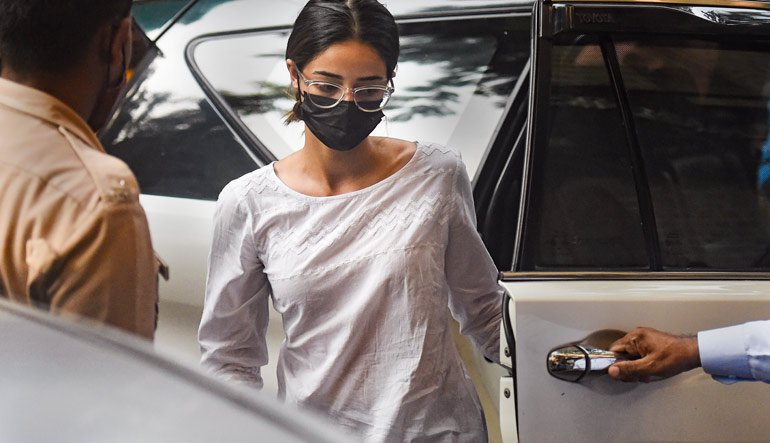 Ananya Panday arrives at the NCB office on Thursday | PTI

Actor Ananya Panday has reportedly denied allegations of using drugs or supplying them to Aryan Khan, when questioned by the Narcotic Control Bureau (NCB).

An NCB official said that WhatsApp chats between her and Aryan revealed that Ananya had supplied drugs to Aryan thrice, according to ANI.

“As per the chats, in the year 2018-19, Panday assisted in supplying weed by providing Aryan Khan phone numbers of drug dealers,” said the NCB source.

“Ananya denied the supply related talks in the chat conversation and told the NCB officials that she has never consumed or supplied the drugs.”

Ananya had reached the NCB office today around 2.25pm, accompanied by her father Chunky Panday.

On Thursday, the NCB had recorded her statement after it came across a WhatsApp chat involving her during its investigation against Aryan Khan in a drugs case.

Ananya had recorded her statement and left the officer at 6.15pm. She was asked to present herself at the agency office again today.

The NCB's Mumbai unit had visited Ananya's home in Bandra yesterday morning and summoned her to record her statement later.

The officials had seized her mobile phone and laptop after discovering chats between her and Aryan, son of Shah Rukh Khan.

Aryan was arrested with a few others on October 3 after the NCB raided a cruise ship off Mumbai coast and claimed to have seized drugs.