Nora Fatehi has been the victim in money laundering case, says her representative

'She is co-operating and helping the officers in the investigation' 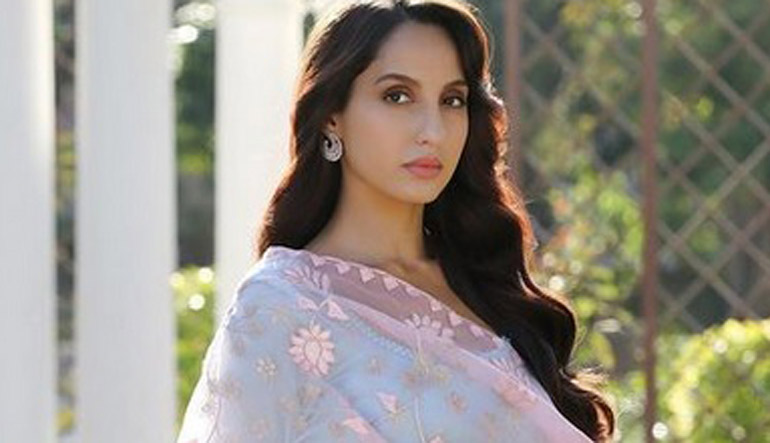 Bollywood actor Nora Fatehi is cooperating with the investigative agencies in the money laundering case against alleged conman Sukesh Chandrashekar, the actor's spokesperson said on Friday.

The statement comes a day after Fatehi appeared before the Enforcement Directorate (ED).

"On behalf of Nora Fatehi, we would like to clarify the various conjectures floating around amongst the media.

"Nora Fatehi has been the victim around the case and being a witness, she is co-operating and helping the officers in the investigation," her representative said.

The spokesperson maintained that Fatehi has not been a part of "any money laundering activity" and urged media to "refrain from slandering her name".

"She does not know or have any personal connection with the accused and has been called by ED to strictly help with the investigation.

"We would like to request our fellow friends in the media to refrain from slandering her name and making any statements before any official information is released," the representative added.

The 29-year-old actor, known for movies such as Street Dancer 3D, Batla House and Bhuj, appeared before the investigating officer of the case at Enforcement Directorate's office in New Delhi on Thursday.

Sources said her statement was recorded under the provisions of the Prevention of Money Laundering Act (PMLA) in connection with a money laundering case filed against Chandrashekar and his actor-wife Leena Maria Paul.

The agency had earlier questioned actor Jacqueline Fernandes in this case.

Both the actors are understood to be helping the agency in taking the probe forward as they themselves had been allegedly conned in the racket run by Chandrashekhar and his wife.

The two were recently arrested by the ED while they were already lodged in jail after they were arrested by the Delhi Police on charges of cheating some high-profile individuals, including former Fortis Healthcare promoter Shivinder Mohan Singh's wife Aditi Singh.

In August, the ED had raided some of Chandrashekhar's premises and seized a sea-facing bungalow in Chennai, Rs 82.5 lakh cash and over a dozen luxurious cars.

It had claimed in a statement that Chandrashekhar is a "known conman" and is being probed by the Delhi Police in a case of alleged criminal conspiracy, cheating and extortion to the tune of about Rs 200 crore.