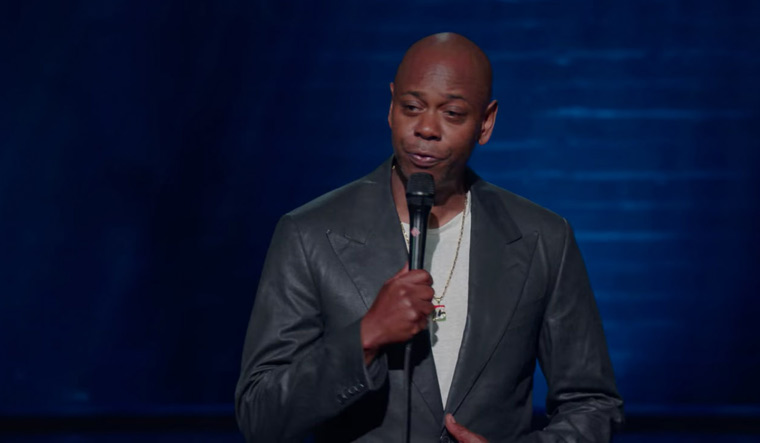 Comedian Dave Chappelle’s latest Netflix special, The Closer, is a polarising prospect. For Chappelle admirers, the show was a riotous affirmation of his near-GoAT status in comedy. For his detractors, the various irreverent LGBTQ jokes in the show was crossing a line—punching down at the gay and trans community who are viewed as a downtrodden group in the United States. The divergence was stark. While institutional critics gave 43 per cent approval rating on review aggregator Rotten Tomatoes, the public gave the show an outstanding 96 per cent approval.

Now, reports have emerged that Netflix is facing an internal storm like no other, with massive employee backlash against the decision to air the special. An exclusive report from Bloomberg has stated that Netflix employees raised concerns about the material in the show days before its release, warning executives that a series of jokes about gender-neutral pronouns and the genitalia of transgender people was potentially inflammatory and damaging; however, the top leadership decided to go with the show anyways. Now, as per the report, the streaming site is under tremendous pressure—there is an employee walkout scheduled for October 20, and the top executives have decided to bring in trans activist Alok Vaid-Menon for an internal meeting.

Netflix co-CEO Ted Sarandos had defended the company’s decision to go ahead with the special. In an internal letter to the employees, obtained by The Verge, he wrote: "Several of you have also asked where we draw the line on hate. We don't allow titles on Netflix that are designed to incite hate or violence, and we don't believeThe Closer crosses that line. I recognise, however, that distinguishing between commentary and harm is hard, especially with stand-up comedy which exists to push boundaries. Some people find the art of stand-up to be mean spirited but our members enjoy it, and it is an important part of our content offering."

What was so inflammatory about the Netflix special?

In the show, Chappelle makes comments about wanting to negotiate the release of DaBaby, an African-American rapper who was “cancelled” for some homophobic comments, highlights his belief in the binary nature of gender (essentially saying women are women, men are men), calls himself a TERF—trans-exclusionary radical feminist, who might not believe trans women are women—and speaks about his experience when a “gay, white man” called the police on him in Texas. In essence, he says, his jokes are not against trans people, but white people.

As THE WEEK review of the show stated, at the end of the day, each of his jokes are made in a specific setting, within a specific context:Taken in isolation, each of Chappelle's statements could spark outrage. Having said that, even when immersed in the show, and setting aside “impropriety”, the trans jokes are less funnier than the others. His previous special, aptly titled Sticks and Stones, had gotten the most stick from the transgender community, as well as from progressives who felt he was defending Michael Jackson (he cast doubt on those who accused the musician of molesting them as children). It is telling then, that his latest outing has no mention of Jackson, but a lot of minutes on his trans-gressions.