#WeStandWithSRK has been trending on social media 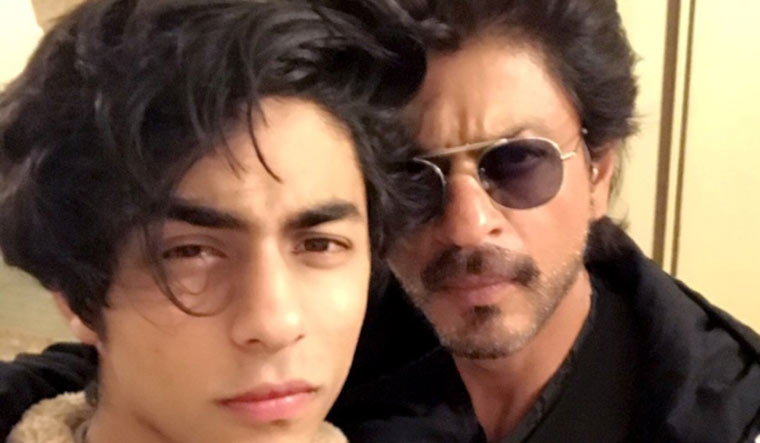 After arrest of Shah Rukh Khan's son Aryan Khan in the drugs-on-cruise case, the superstar's fans have been sending him good wishes and expressing support. In a photo that is trending on social media, some of Shah Rukh's fans are seen gathered outside his house Mannat in Mumbai.

They held a banner with a special message for the actor: “We all fans from every corner of the world love you deeply and unconditionally! We stand with you in these testing times! Take care King (sic)!”

We Love You King and We Stand With You ❤️ pic.twitter.com/SE6r9PpTMg

Shah Rukh's fans have been showering love on him and social media and the hashtag #WeStandWithSRK has been trending. He has also been receiving support from members of the film fraternity. Actor Suniel Shetty defended Aryan Khan saying let us "give that child a breather." "When a raid is conducted at a place, many people are taken into custody. We assume that a particular boy must have consumed it (drugs). The process is on. Let's give that child a breather. Let real reports come out," Shetty said.

Another Glimpse Of Unconditional Love Of SRKians For Our King @iamsrk in this tough time.

Expressing support, filmmaker Hansal Mehta had tweeted: “It is painful for a parent having to deal with a child getting into trouble. It gets compounded when people begin to arrive at judgements before the law takes its course. It is disrespectful and unfair to the parent and to the parent-child relationship. With you @iamsrk.”

A Mumbai court, on Monday, granted the custody of Aryan Khan to the NCB till October 7.