He was taken for a medical test by the NCB 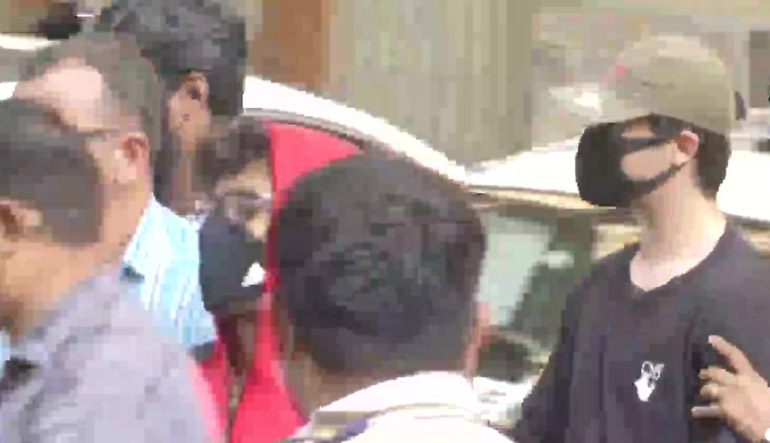 Bollywood actor Shah Rukh Khan’s son, Aryan Khan, who was detained after the Narcotics Control Bureau (NCB) raided a cruise ship and busted a drugs party off the coast of Mumbai, was arrested on Sunday.

According to media reports, Aryan Khan and two others, Arbaz Seth Merchant and Munmun Dhamecha, were also taken for the medical test.

A total of eight people were detained by the NCB.

Based on a tip-off that a party was scheduled on the ship, an NCB team, led by its zonal director Sameer Wankhede, had raided the Goa-bound Cordelia cruise ship on Saturday evening and recovered drugs from some of the passengers, the official said.

"When a raid is conducted at a place, many people are taken into custody. We assume that a particular boy must have consumed it (drugs). The process is on. Let's give that child a breather. Let real reports come out," Shetty was quoted as saying.