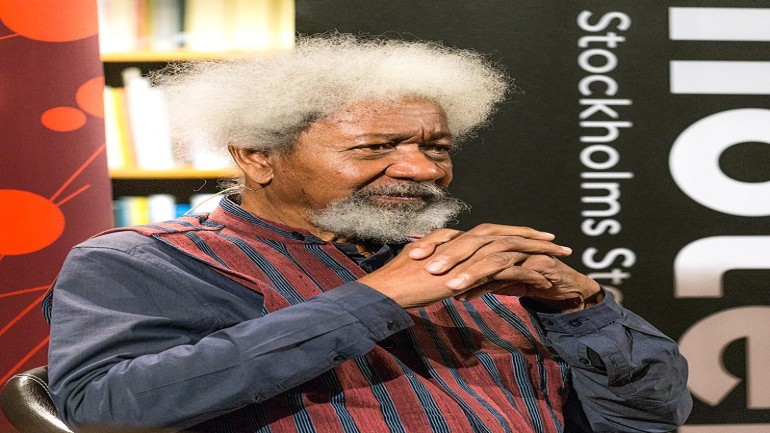 A new novel, ‘Chronicles from the Land of the Happiest People on Earth’, released on Tuesday, marks the return of Africa's first Nobel laureate in Literature Wole Soyinka after a hiatus of almost 50 years, publishing house Bloomsbury India announced.

The Nigerian novelist, equally well-known for his poems, plays and essays, wrote his last novel ‘Season of Anomy’ in 1973.

An "unforgettable portrait" of contemporary Nigeria, Soyinka's latest work is both a "gripping whodunit" and a "sharply satirical" state-of-the-nation novel.

"Bristling with wit and rage in equal measure and delivered with an enormous generosity of spirit and a dazzling lightness of touch, Wole Soyinka speaks truth to power as ever with a tour de force from a master storyteller at the height of his powers," the publishers said in a statement.

Soyinka, 87, became the first African writer to win the Nobel Prize for Literature in 1986. His first novel, ‘The Interpreters’, was published in 1965. He has also written three autobiographical volumes ‘Aké: The Years of Childhood’, ‘Ìsarà: A Voyage Around Essay’ and ‘Ibadan’.

His notable plays include ‘The Jero Plays’, ‘The Road’, ‘The Lion and the Jewel’, ‘Madmen and Specialists’ and ‘From Zia, With Love’.

‘Chronicles from the Land of the Happiest People on Earth’ has also been endorsed by the Booker-Prize winner Nigerian poet and novelist Ben Okri.

"A vivid and wild romp … A vast danse macabre. No one else can write such a book … Like Henry James, like Conrad, like Nabokov … Chronicles is Soyinka’s greatest novel … It ought to be widely read," said the author of ‘The Famished Road’ about the book.