Arya's 'Aranmanai 3' to have theatrical release in October 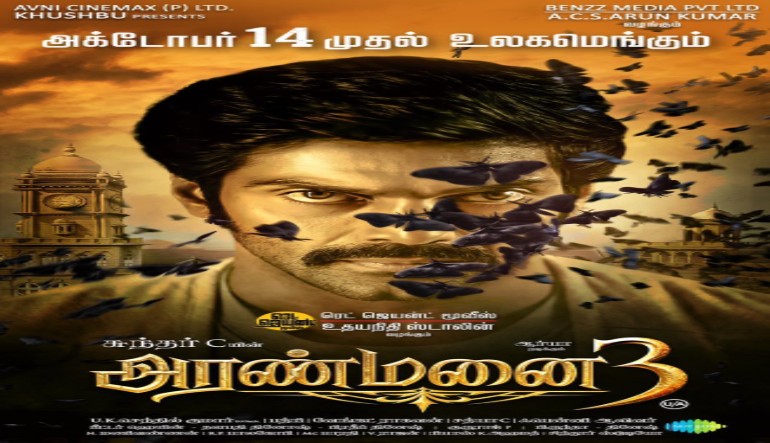 South star Arya on Wednesday announced that his upcoming Tamil film Aranmanai 3 is set to have a worldwide theatrical release on October 14.

Written and directed by Sundar C, the horror comedy is the third instalment in the ‘Aranmanai’ franchise.

Raashi Khanna, Andrea Jeremiah and Sakshi Agarwal also round out the cast.

Arya took to Twitter and shared the film's poster.

The film is produced by Khushbu Sundar under the banner of Avni Cinemax and also stars Sundar C, Vivek (posthumous film), Yogi Babu, Kovai Sarala, Manobala and Veronika Arora among others.

Aranmanai 3 was earlier scheduled to release theatrically in May but was delayed due to the second wave of the coronavirus pandemic.