The actor lavished praise on the director 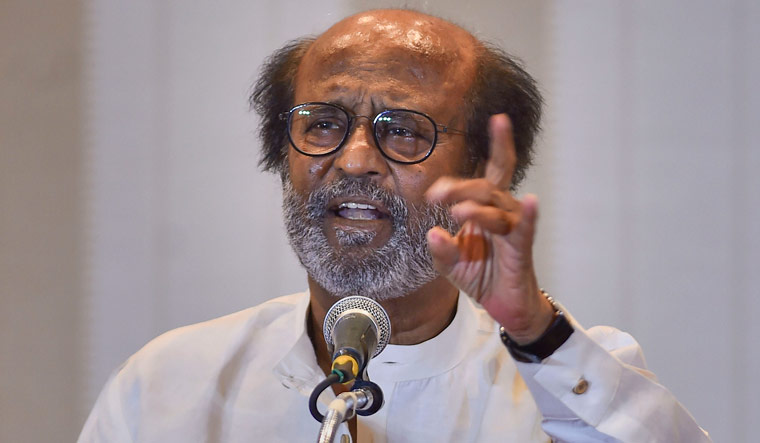 According to media reports, Rajinikanth lavished praise on the director of the movie A.L. Vijay for handling the subject well.

Rajinikanth felt that he subject was "beautifully handled," Cinemaexpress quoted a source as saying. The star "loved the film" and called the director personally to congratulate him for coming up with a film. "He (Rajinikanth) said it is a very tough film to make given the representation of such eminent personalities like MGR and Jayalalithaa, who have been public figures in both their, cinematic as well as political, journeys and yet, it was beautifully handled," the source was quoted as saying.

Thalaivii, starring Aravind Swamy and Nassar apart from Rauaut is a multilingual biographical film about the life of Jayalalithaa, who had paired opposite yesteryear matinee idol and late chief minister MGR, thespian late Sivaji Ganesan and many others before charting a successful political career.