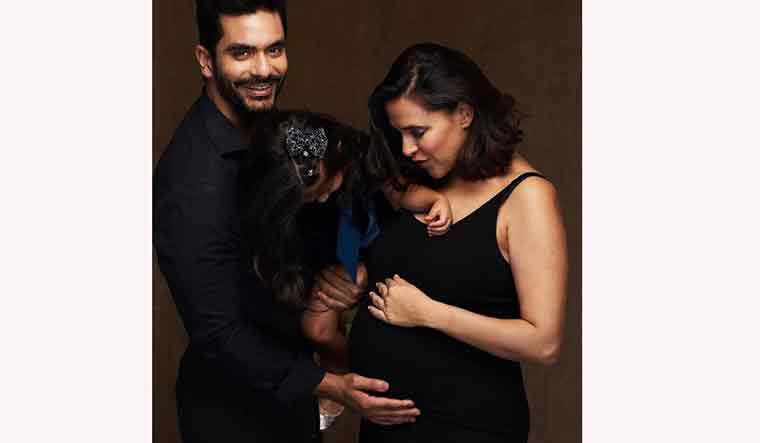 Neha Dhupia and Angad Bedi with their daughter | Via Instagram

Actors Neha Dhupia and Angad Bedi on Monday announced they are expecting their second child.

The couple, who were blessed with a baby daughter in 2018, took to their respective social media accounts and shared the news.

The duo posted a family picture with their daughter Mehr.

The couple had tied the knot in May 2018 in a private ceremony.