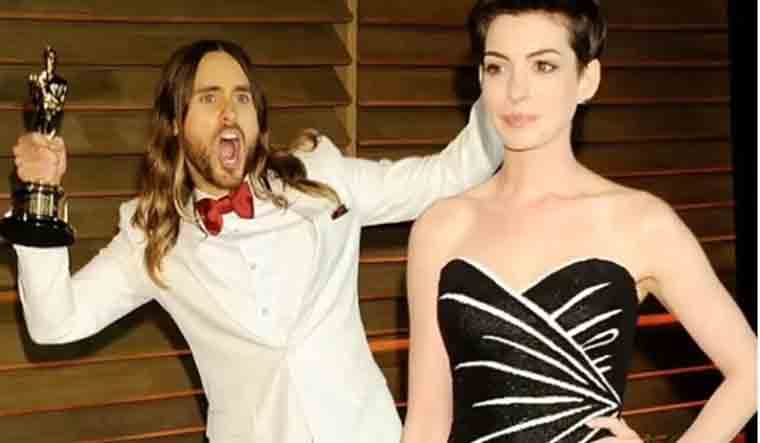 Hollywood star Jared Leto has shared a video that has gotten Indian fans excited. The video which features a mix-up of all his photo-bomb moments with celebs, has a peppy Malayalam song playing in the background.

The video been edited to the viral Malayalam song Kudukku. From Nivin Pauly and Nayanthara’s romantic comedy, Love Action Drama.

The song had been an instant hit when it released in 2019 and was widely celebrated by social media. Actor-singer Vineeth Sreenivasan, who also sang the song, shared Leto’s video and said: “Unbelievable!” The movie, directed by Dhyan Sreenivasan, has music by Shaan Rahman.

On the workfront, Leto and Anne Hathaway have been shooting for Apple TV+ series 'WeCrashed'