Can you spot Veeru, Gabbar and Sambha? 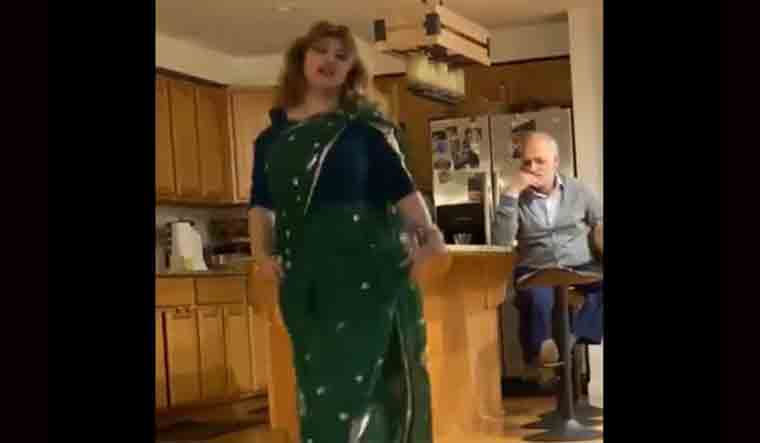 A video of an Iranian woman dancing to the song ‘Jab Tak Hai Jaan Jaane Jahan; from the 1975 film Sholay has gone viral on Twitter.

The video, which is in three parts, has been shared by a Twitter user named @Sheri­-happy, and users in India are in love with people in the video.

I hope this tweet somehow finds its way to the Indian Twitter. This is the Iranian generation that grew up with Indian movies and on top of all the absolute Bollywood gem that was Sholay (1975), which is the film that these party goers are humorously reenacting. Made my day 👏👏 https://t.co/9mKkR5WcYj

While the original song sequence in the Bollywood classic features Basanthi (Hema Malini), Veeru (Dharmendra), and Gabbar Singh (Amjad Khan) among others, the trending video also shows people playing these parts. What makes the video all the more hilarious is watching the men acting out their parts, and also the fake guns.

If you have watched the real song sequence in the cult classic and, try identifying who is playing whom in this video that is now going viral on desi Twitter.

The video has also led to discussions about the love for Bollywood classics in Iran.

Also, the gentle-looking Gabbar, the guy next to Dharmendra holding what is supposed to be a firearm and the plastic cups falling at Hema's feet. This is so lovely, it made my day.