The social comedy is helmed by debutant director Tushar Jalota 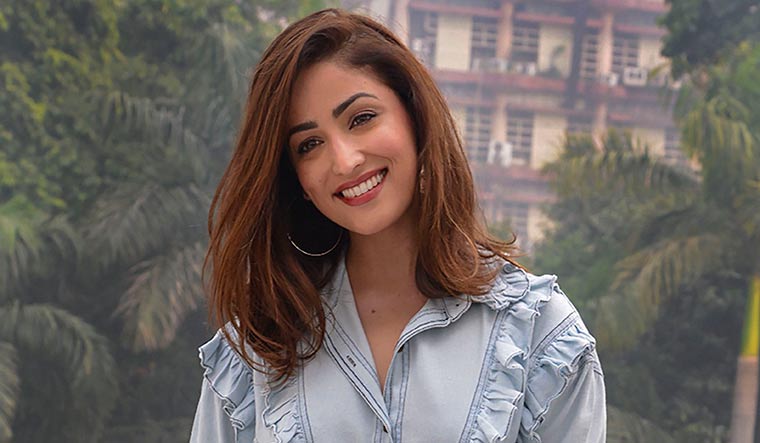 Actor Yami Gautam on Tuesday announced that she has finished shooting for Abhishek Bachchan-starrer Dasvi.

The social comedy is helmed by debutant director Tushar Jalota and the script is penned by Ritesh Shah, known for movies such as Pink and Batla House. Gautam, who essays the role of Jyoti Deswal, a Haryanvi IPS officer in the film, took to Instagram to share the news alongside two videos from the last day of her shoot from the sets and a picture with the director.

In the video, the actor said she is unable to believe she has wrapped up shooting for another film amid the pandemic and that she is both nervous and happy. The 32-year-old actor, who started shooting for the film last month, said it was difficult for her to bid adieu to the team of Dasvi as she had a memorable experience working with them.

"It’s a wrap on 'Dasvi' for me! Saying goodbyes on certain films are difficult because of the amazing & memorable teamwork you create together! Thank you for this unforgettable experience & getting ‘Jyoti Deswal’ really close to my heart! #TeamDASVI @MaddockFilms @jiostudios,” she captioned the post.

The film also stars Nimrat Kaur , who will essay the role of Bimla Devi, while Bachchan will be seen in a powerful avatar as Ganga Ram Chaudhary. It is produced by Dinesh Vijan, Sandeep Leyzell and Shobhana Yadav and presented by Jio Studios and Vijan's Maddock Films.

Apart from Dasvi, Gautam will be seen in producer Ronnie Screwvala's thriller A Thursday and Pavan Kirpalani-directed horror-comedy Bhoot Police.