Sushant chose his career and moved on, she said 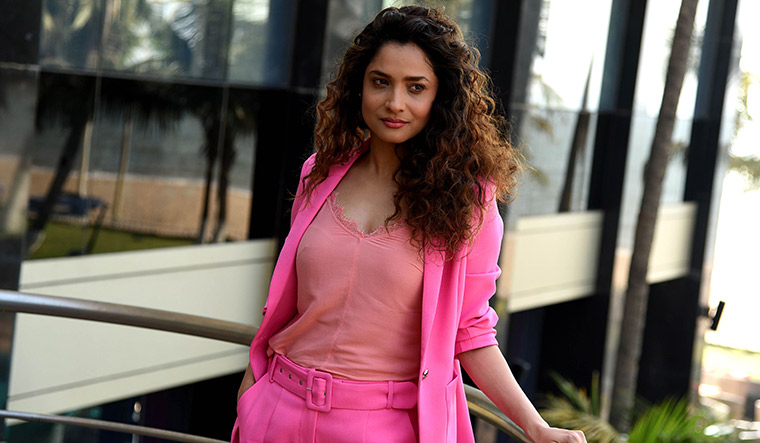 Actress Ankita Lokhande, who dated late actor Sushant Singh Rajput for six years, has opened up about their relationship and how she struggled with the breakup. Ankita has been receiving a lot of online hatred recently from Sushant's fans who blame her for the separation and also for appearing happy in her social media videos.

Addressing this in an interview with Bollywood Bubble, she said that people had no clue about the truth. She said that it was Sushant who made the choice that he wanted to go ahead with his career. She said: "People come and tell me 'You left Sushant...'. How do you know that? Nobody knows about my thing, you know. I am not blaming anyone here. Sushant... he made his choice very clear. He wanted to go on with his career. He chose his career and moved on. But for two-and-a-half years, I was dealing with so many things."

She said that she felt completely lost after that and spent almost two years of her life closed up at home. "I was not in that state of mind where I could just work... I am not that sort of a person who can easily move on and get busy with work. So you know for me it was very difficult. My family stood by me. My life was just finished. I was just finished. I did not know what to do after that. I still am not blaming anyone. He chose his ways. But my ways were different. I was craving for love, emotions and all that, Ankita added.

Ankita also revealed that she let go of a few big films like Happy New Year, Bajirao Mastani and Sultan because she wanted to get married to Sushant and settle down. “When I met Shah Rukh Khan sir in Macau with Sushant, he promised to give me the best part. However, at the back of my mind I didn’t want it to work out. For me, I wanted the best for Sushant, I wanted to build my man and quietly supported him for long. Only after my breakup, I realised that I too have my individuality, and I need to work on myself and work for myself,” Ankita shared. She also recalled that Sanjay Leela Bhansali warned her that she would regret not taking up Bajirao Mastani.

She added: “I have no regrets. To be honest as my priority was something else back then. Also, I did not know how to balance career and personal life. Now I do and I keep telling every one that you should know how to maintain both well separately.”

Ankita, who is currently dating Vicky Jain, said that she is very happy with him and that he helps keep her life balanced.