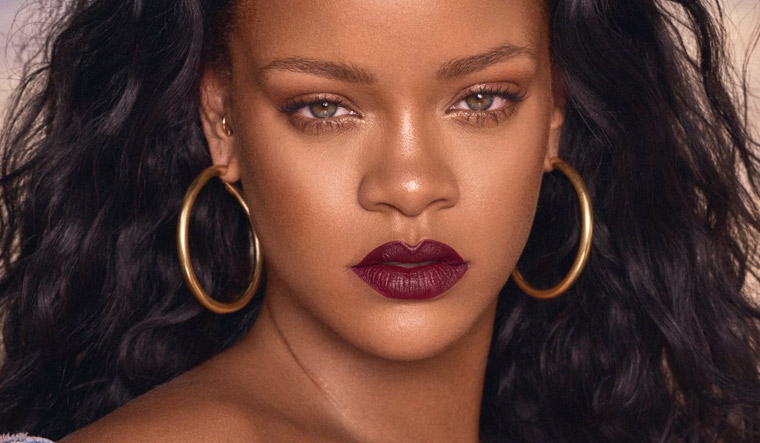 After creating a stir on social media in India with her tweet supporting farmers’ protests, popstar Rihanna has irked social media users again. She has tweeted a photograph in which she can be seen posing topless, wearing a neckpiece with a pendant of Ganesha. The shoot was for her lingerie brand Savage X Fenty. Besides the pendant, the singer has accessorised her look with statement earrings and a bracelet.

Rihanna’s tweet has gone viral on social media and many accused her of offending religious feelings. Some users asked her to stop using their ‘religion as an aesthetic’.

when @PopcaanMusic said “me nuh wan ya wear no lingerie tonight fa me girl” @SavageXFenty pic.twitter.com/bnrtCZT7FB

The controversy triggered by tweet also evoked a strong response from the Ministry of External Affairs, which said the "temptation of sensationalist social media hashtags and comments is neither accurate nor responsible”.

Using the hashtags #IndiaTogether and #IndiaAgainstPropaganda that were used in the MEA statement, the government's pushback found support from several top ministers, Bollywood and sports personalities.