I never compared myself with Tom Cruise, says Kangana Ranaut

'I never claimed, Nick Powell one of the biggest stunt directors in the world did' 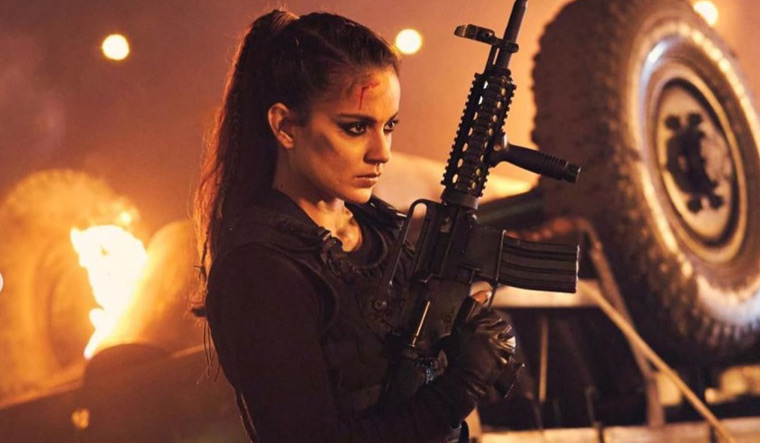 Controversial Bollywood actor Kangana Ranaut, who recently claimed that the kind of range she displays "as a performer no other actress on this globe has that right now," said she never compared herself to Hollywood action star Tom Cruise.

Replying to a tweet that read "Meme fest on Twitter after Kangana Ranaut claims of being a better stunt performer than Tom Cruise," the actor pointed out that she did not compare herself with the Mission Impossible star, but Hollywood stunt director Nick Powell did.

"I never claimed, Nick Powell one of the biggest stunt directors in the world did .... sending a hug and some burnol," she said in reply to the tweet.

I never claimed, Nick Powell one of the biggest stunt directors in the world did .... sending a hug and some burnol ... 🥰

A few days ago, the actor in a tweet, had said, "Ha ha ha bahut pareshaan hain librus, yeh Dekho renowned action director of Brave heart and many legendary Hollywood action films said I am better than Tom Cruise when it comes to action ...Hahahahaha bechare librus aur tadpo, and posted a news story in which the Powell, known for movies like The Gladiator and The Last Samurai, had said she had pulled off smoother stunts than Cruise for the movie Manikarnika: The Queen Of Jhansi.

"I have worked with the likes of Russell Crowe, Tom Cruise and Brad Pitt, but she gave me the unique experience in which an actress was leading the pack. There were times when she pulled off smoother stunts than Tom Cruise," the action director was quoted as saying earlier.

Interestingly, Ranaut was trolled after a video in which she was seen riding a wooden, mechanical horse for the stunts scenes in Manikarnika. In the video, as the camera rolls, the English army starts galloping on horses, and Kangana follows, waving her sword and letting out a war cry. All this while riding a mechanical horse.