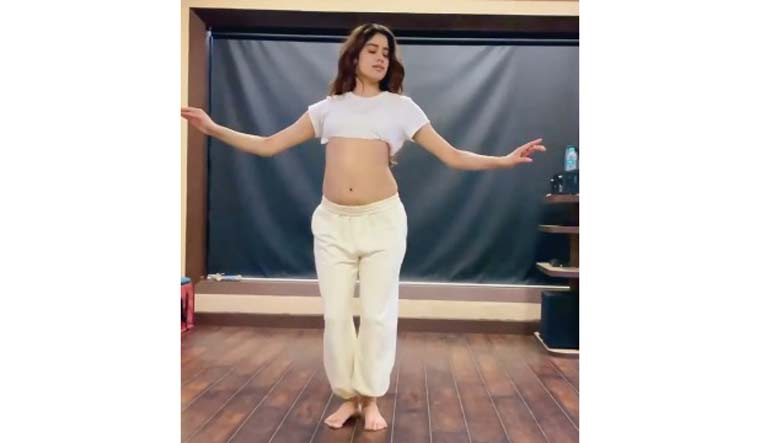 Actress Janhvi Kapoor's love for dance is known to all as she shares videos of dance practice sessions on social media. This time, the actress has showcased her belly-dancing skills in a video on her official Instagram page.

In the video, she can be seen doing belly dance to the track 'San Sanana' from the film Asoka. The original video of the song features Kareena Kapoor and Shah Rukh Khan.

Janhvi was last seen in Gunjan Saxena: The Kargil Girl, streaming on Netflix. She will next be seen in Good Luck Jerry, and has begun shooting for the project.