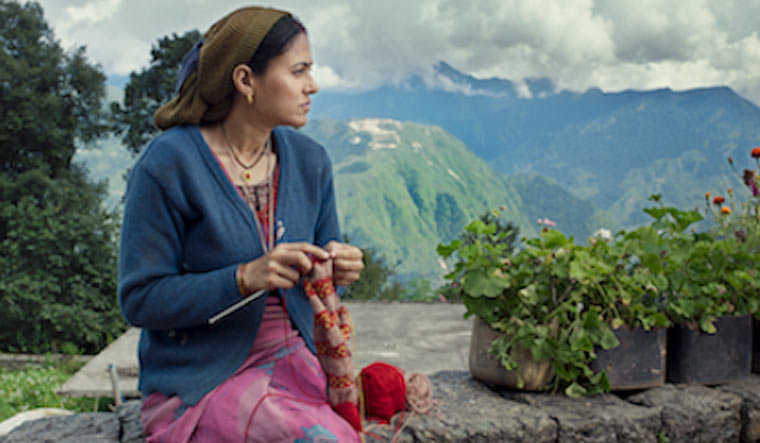 A mother toils every day to save money to build a road in a remote Himalayan village so she can take her wheelchair-bound son for physiotherapy. But her husband steals the money for a shamanic ancestral worship ritual called Jagar to seek remedy.

This 82-minute family drama, Fire In The Mountains, directed by Ajitpal Singh, will have its world premiere at the Sundance Film Festival, considered one of the most prestigious film festivals in the world, especially for independent cinema. Fire In The Mountains is the only Indian title among the 10 nominations in the World Cinema Dramatic Competition, which recognises the work being done by emerging filmmakers around the globe.

To add to the excitement of the creators of the film, set in a village in Munsiyari in Uttarakhand, the World Cinema category this year also features a film produced by celebrated auteur Wong Kar-wai—called One For The Road, the directorial debut of Baz Poonpiriya has a ladies' man and bar owner enlisted to help fulfil a bucket-list of an estranged friend.

Having promoted indie gems like Killa, Liar's Dice and Gurgaon, Mauli Singh produced her award-winning first short film Rammat-Gammat with Drishyam Films. Excited about the Sundance Premiere of her debut feature, the film publicist-turned-producer says, "The fact that my first feature as a co-producer is premiering at Sundance Film Festival 2021 in the World Cinema Dramatic Competition and is competing with a film produced by Wong Kar-wai is so trippy."

The 2021 Sundance Film Festival will be held from 28 January to 3 February. Normally held in Park City, Utah, the festival has opted for a virtual edition this year due to COVID-19, combined with drive-in and socially distanced screenings around the country.

"Sundance has been a dream since 2012 when my first script was selected for Sundance Mumbai Mantra Script lab and I experienced their love and warmth for independent artists," says Ajitpal whose first screenplay was part of 'Sundance Screenwriters Lab 2012' where it won the 'Sundance Grant' which paved the way for his first debut feature Fire In The Mountains. It is inspired from a personal tragedy, when the filmmaker's cousin sister Amarjeet Kaur died because her husband didn’t take her to the hospital thinking she was possessed by a ghost. The last Indian film to have its premiere in the World Cinema Dramatic Competition section was Qaushiq Mukherjee's sex comedy Brahman Naman which did not win any award.

The World Cinema Documentary section has another Indian title called Writing with Fire, a non-fiction feature film on Khabar Lahariya, the path-breaking publication run by an intrepid group of Dalit women working in the oppressive environs of the Hindi heartland.

The Sundance Film Festival has introduced global audiences to some of the most groundbreaking films of the past three decades, including Never Rarely Sometimes Always, Zola, Honeyland, Hereditary, Call Me By Your Name, Get Out, The Big Sick, Mudbound,The Cove, Little Miss Sunshine, An Inconvenient Truth, Reservoir Dogs, Sex, Lies, and Videotape, etc. The opening film this year is Coda, shorthand for Child of Deaf Adults and revolves around the conflicts assailing Ruby, the only hearing person in a deaf family. Other notable screenings, offering a much diversified palate, includes R#J, a BIPOC (black, Indigenous and people of color) reimagining of Shakespeare’s 'Romeo and Juliet' shown in an Instagram frame; The Dog Who Wouldn't be Quiet and The Pink Cloud (both in the World Cinema Dramatic Competition section), presaging apocalypse and lockdowns before 2020 happened.