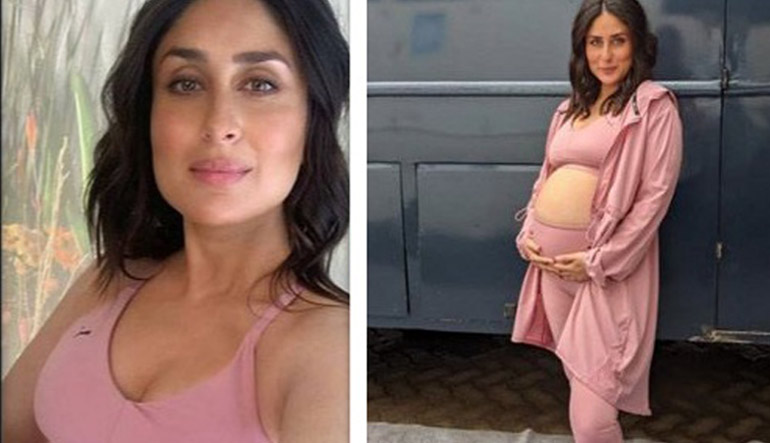 The actor is seen wearing a pink sports top and tights in the pic.

Sharing the photo, the actor wrote: "Two of us on the sets of @pumaindia 🤭💕:.

Puma too shard a picture, with the caption: Captured here 📸: Not one, but two of our #PUMAFam

Puma has also commented to the post by the actor, saying, "Gettin' twice the love here."

Kareena Kapoor is expecting her second child with husband Saif Ali Khan. The couple had announced in August that they were expecting their second baby.

On the work front, she recently wrapped up the shoot of Laal Singh Chadha, co-starring Aamir Khan. In an Instagram post, Kareena had described the experience of working on the film amid the coronavirus pandemic as "intense but poignant".