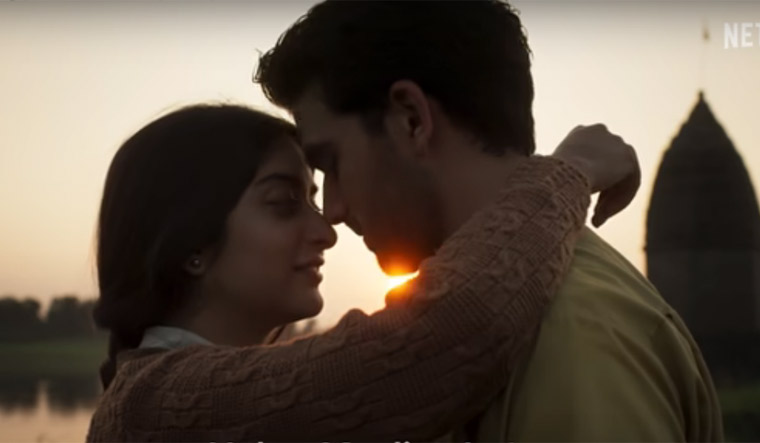 A still from 'A Suitable Boy'

In another move indicating the growing hardliner stance of the Madhya Pradesh government, state home minister Narottam Mishra has directed the police to probe into the “offensive content” in the Netflix web series A Suitable Boy directed and co-produced by Mira Nair.

The repetitive kissing scenes shot on a temple (Maheshwar Temple in Khargone) premises with religious songs playing in the background are offensive and have hurt the sentiments of a community, the home minister said in a tweet while directing the police officials to check what the objective of producing such content was and what action could be initiated against the producer and director of the web series.

The direction of Mishra came after Bharatiya Janata Yuva Morcha (BJYM) national secretary Gaurav Tiwari got an FIR registered in Rewa of MP against the web series and the alleged offensive content.

Tiwari has also pulled in the ‘love jihad’ angle to the controversy and launched a campaign to boycott Netflix. He tweeted saying that the Maheshwar Temple was constructed by Ahilyabai Holkar for devotees of Lord Shiva, but Netflix was using the holy premises to promote ‘love jihad’ and to hurt Hindu sentiments.

He has demanded apology from the makers of the web series and removal of the controversial scenes and urged netizens to remove Netflix from their mobile phones. Giving it a further communal colour, Tiwari also asked in the tweet whether such “creative freedom was allowed during Azan on mosque premises”.

The contention is on the kissing scenes between the characters Lata Mehra (played by Tanya Maniktala) and Kabir Durrani (played by Danish Rizvi).

Tiwari has also demanded an apology from the Congress and ex-chief minister Kamal Nath as the shooting for the web series was held during the tenure of the Congress government last year.

Meanwhile, Tiwari’s action received support from BJP leaders elsewhere, with Chandigarh BJP spokesperson Gaurav Goel tweeting, “If any OTT platform is deliberately insulting the Hindu Gods & Goddess, please file the complaint with the police or local court under Section 295A of IPC. The law will take care of such offenders,” with hashtag ‘boycott Netflix’.