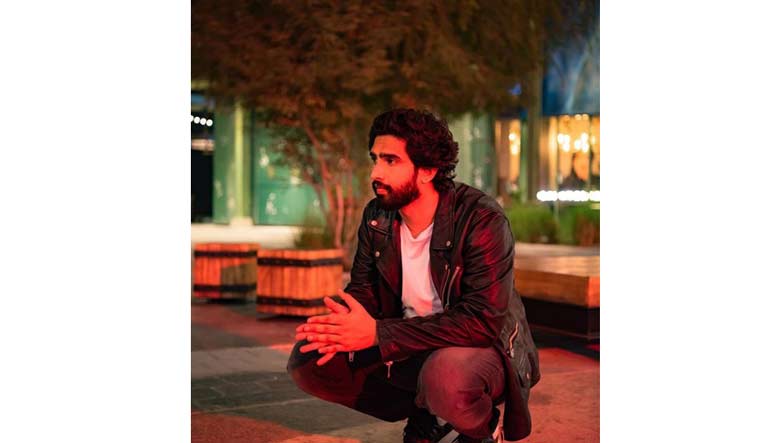 Music composer and singer Amaal Mallik says though he doesn't have a fixed process to create compositions, he often draws inspiration from life to inform his career.

His debut pop single 'Tu Mera Nahi', which was released on November 5 by Sony Music India, too has stemmed from one of those experiences.

"I don't have a fixed process as such, I like to draw from life experiences and weave a story around them.

"I'm a romantic at heart, and that's why you see a lot of those influences in my songs too," Mallik said when asked to describe his process of making music.

The music composer, who made his debut in 2014 by composing three songs for Bollywood superstar Salman Khan's Jai Ho, hopes through 'Tu Mera Nahi' the team is able to convey the message of acceptance and moving on.

"All my songs encapsulate a particular emotion. 'Tu Mera Nahi' is one such, universal emotion that everyone has felt at some point in their life - be it losing a friend or loved one. The song talks about the ability to walk away from any experience or relationship that isn't working for or meant for you," he added.

Mallik, 29, also praised lyricist duo Rashmi Virag, saying they have taken the track to a whole other level with their words.

The composer said the music video, featuring him and Aditi Budhathoki, was shot in the UAE in October when the COVID-19 cases were growing in India but Dubai was doing better. He thanked his director Arif Khan and the entire production team for ensuring that the best possible product was made, while making sure everyone was safe and protected.

"We shot the video in Dubai, which coincidentally was the place my career in film music began - with Salman Khan sir's film 'Jai Ho'. In a lot of ways life has come full circle for me, which I'm very grateful for.

"We shot the video in October, when COVID-19 cases were higher in India but Dubai was doing better. Right from taking a small crew, quarantining soon as we landed there, to maintaining social distancing, ensuring everyone on set was sanitised and wore masks, we ensured all safety guidelines were followed," he said.

Mallik also gave a big shoutout to Budhathoki, who came in from Nepal, for her support and cooperation. The music director, who has composed for films such as Sanam Re, "Kapoor & Sons, Azhar and MS Dhoni: The Untold Story, believes the music industry is a subset of the Indian film industry.

"I feel we have a music industry within the film industry. The reason we see more recreations is because people want to re-introduce some iconic songs to the younger generation.

"I support recreations too, as long as they're done well and respectfully. I have done a couple myself too, but when I recreate a song, I do it like a tribute to the makers of the original song," Mallik, who has worked on recreated songs like 'Kar Gayi Chull', 'Gulabi 2.0' and 'Neend Churayi', said.

"I've spent the last three years working on the music for 'Saina'. This is the first time I'm doing the background score of a film too, apart from the songs. The entire team, director Amole Gupte sir, Parineeti Chopra and everyone else have been very supportive," he said.

"There are a couple more film projects in the pipeline for next year and onwards, but as of now I'm focusing on 'Tu Mera Nahi' and already looking forward to putting out the next single," he added.