He appealed to Tamil Nadu chief minister for help 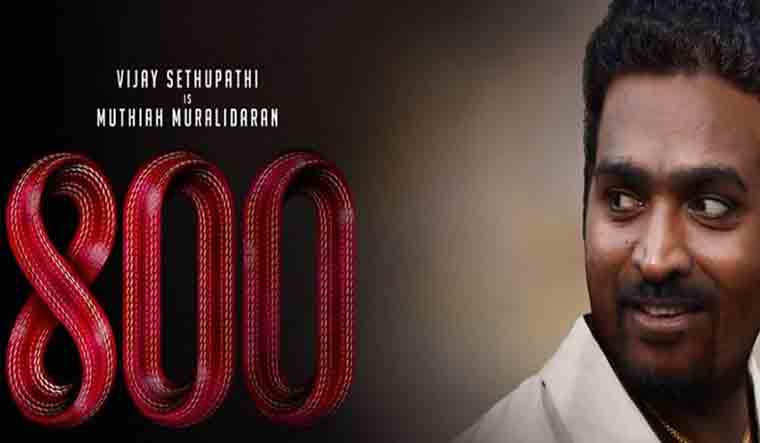 In what seems to be a fallout of the controversy over Sri Lankan cricketer Muttiah Muralitharan's biopic 800, Tamil cinema director Seenu Ramasamy on Wednesday alleged that he was receiving threats and appealed to Chief Minister K Palaniswami for help.

The director, known for critically acclaimed films starring Vijay Sethupathi, who walked out of the biopic following opposition, alleged attempts were being made to drive a wedge between him and the actor.

The duo have dished out well-received films Thenmerku Paruvakatru and Dharmadurai and is currently engaged in their next project, Maamanithan.

Ramasamy was among the Tamil celebrities who voiced concern against Sethupathi reprising the record breaking cricketer's silver screen role.

On Wednesday, Ramasamy took to Twitter and said "I feel I have a threat to my life." "CM sir should help. Urgent," he said in the short Tamil tweet.

Later, speaking to reporters, he said during the height of the controversy, Sethupathi had told him the production house behind the biopic itself had volunteered to withdraw.

The "issue was over," Ramasamy said, adding, he later also met Sethupathi. He had earlier expressed his "anguish" to Sethupathi over the matter privately as well as publicly in the interest of the actor but "an image is created that I am against him."

"Vijay Sethupathi is loved by Tamils all over the world, including Elam Tamils (in Sri Lanka). But (an impression is being created) as if I gave a statement (against the actor). I am receiving whatsapp calls in the night, besides SMSes," he said.

"They (the callers) are intimidating me... im receiving threats," he said, adding, abusive language was also being used by "unknown elements."

He said many Tamils, including creative artistes, "only requested" Sethupathi not to feature in the movie and that nobody was harsh on him. "Some are trying to create a wedge between me and Vijay Sethupathi," he said and denied the callers could have been the actor's fans, saying they were like his "younger brothers."

To a question, he said Sethupathi was aware of the issue and asked him not to worry about it.

Ramasamy said he would prefer a police complaint over the matter.

Sethupathi had pulled out of the biopic 800 on October 19 in the wake of stiff opposition to his essaying Muralitharan's role in the film, even as the cricketer himself requested the star to walk out of the project.

The ruling AIADMK had wanted the actor to reconsider his decision to act in the movie, even as political parties, including the MDMK and PMK and veteran director Bharathirajaa were among those who had urged Sethupathi to dissociate from the biopic.

They had alleged that Muralitharan was a 'betrayer' of the Tamil people and supported the then Sri Lankan President Mahinda Rajapaksa during the 2009 civil war.

The cricketer had responded saying he never supported the killings of innocent people and would never do that.