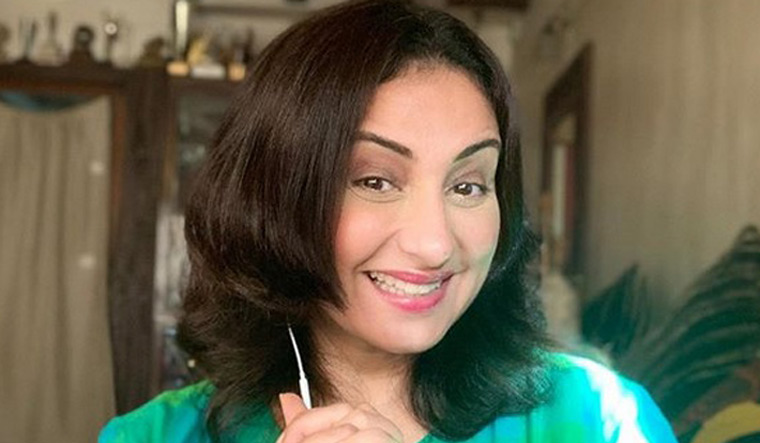 Actor Divya Dutta, who had given the voice over to the latest Tanishq ad on interfaith family, on Tuesday said it was disheartening that the jewellery brand withdrew the commercial following a backlash as unity in diversity forms the core of the country' value system.

The 43-second commercial, which led to the hashtag #BoycottTanishq trending on Twitter, shows a pregnant woman being led to her bridal shower, a Hindu custom called 'godh bharai', by a woman who viewers later realise is her mother-in-law.

The young woman, in a sari and bindi, addresses the older one, in a salwar kurta and a dupatta covering her head, as 'Ma' and asks, “But you don't celebrate this custom?” The mother responds with a gentle reply, “The tradition of keeping daughters happy is there in every home."

When a Twitter user asked Dutta if it was her voice in the commercial, the actor replied, "Yes it's my voice. It is sad it's taken off air. I loved it."

Commenting on Dutta's post, another user said, "Nothing against you but what's wrong is wrong."

To this, Dutta responded, "But sir don't we all promote brotherhood?? We as India are all about that. That's our soul sir. Unity in diversity bachpan mein sunte the. Aise to kitne ads hote the. Koi kuch nai kehta tha... par chalein sabke apne vichar (We were taught about unity in diversity during our childhood. There were so many ads like this. Nobody ever said anything against them. But everyone has their own views)."

The company's move prompted intense debate on social media and elsewhere, just as the ad to promote its jewellery collection Ekatvam (oneness) had deepened faultlines since its release last week.

Some accused Tanishq of promoting "love jihad" and "fake secularism", with the commercial inviting flurry of tweets demanding a ban on the advertisement and a boycott of the brand, a Tata product.

Tanishq first disabled comments and likes/dislikes on its ad on YouTube, and on Tuesday withdrew the video altogether.