In an open letter, celebrities call out double standards of media; asks to end witch-hunt of Rhea 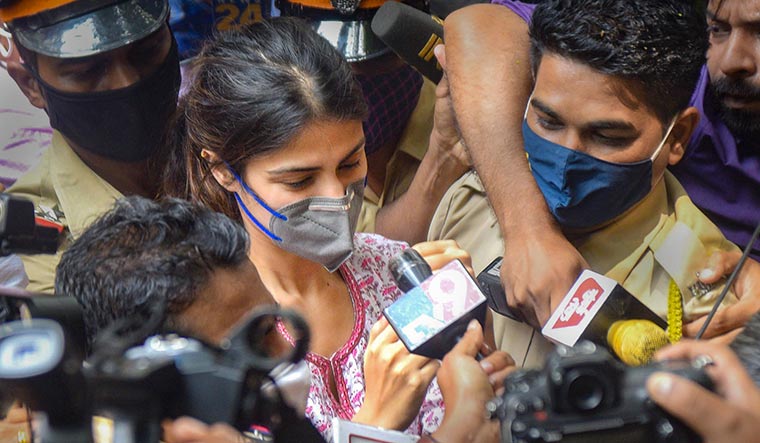 In an open letter to the media, several Bollywood celebrities, including Sonam Kapoor and Zoya Akhtar, urged the media to stop the media trial and "witch-hunt" of Rhea Chakraborty and pointed out that the media is careful while dealing with the likes of Salman Khan and Sanjay Dutt.

"We, are worried about you. Are you feeling ok," the letter, addressed to the media, began. "Because, as we watch your witch-hunt of Rhea Chakraborty, we cannot understand why you have abandoned every professional ethic of journalism, every tenet of human decency and dignity and chosen instead to physically assault a young woman with your camera crews," the letter, signed by 60 organisations and as many as 2,500 individuals, including Rahul Bose and Anurag Kashyap, read. They were referring to the media crew hounding Chakraborty and her family.

Exposing the double standards of the media, which treats influential celebrities with kid gloves, the letter further stated: “We know you can be different—because we have seen you be kind and respectful to the Salman Khans and Sanjay Dutts of this world, urging us to think of their families, fans and careers. But, when it comes to a young woman who has not even been proven to commit any crime, you have assassinated her character, egged an online mob on demonise her and her family, fuelled wrongful demands and called her arrest your victory.”

The celebrities pointed out that the media has been obsessed with "creating only one narrative: a young woman who makes her own decisions, who lives with her boyfriend without marriage and who speaks up for herself instead of acting like a damsel in distress, had a morally dubious character, and is to be considered a criminal at any cost, without investigation, without he process of alw and respect to her rights."

They further said it is "easy to victimise a young woman because there are so many people who already disbelieve, slut-shame and abuse women, for their smallest freedoms. It is cheaper than doing actual stories about a host of issues from GDP to health, currently confronting us."