Kangana to arrive in Mumbai today, Karni Sena to escort her from airport

She has tested negative for COVID-19 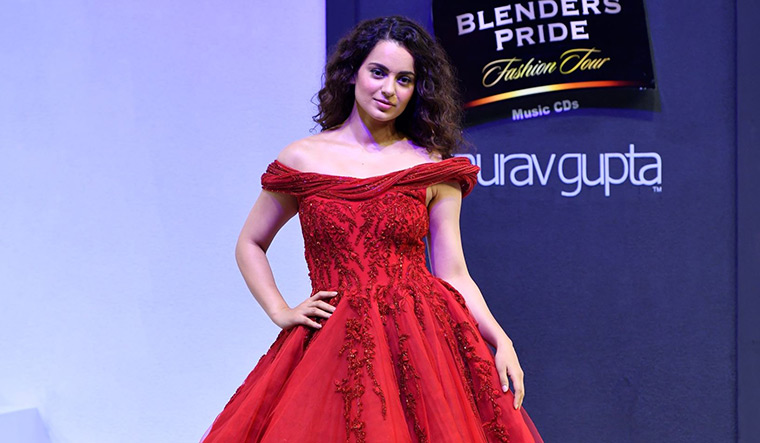 Amid the ongoing war of words with the Shiv Sena, Kangana Ranaut will arrive in Mumbai on Wednesday. She left her hometown of Mandi in Himachal Pradesh for Chandigarh by road early on Wednesday to catch a flight to Mumbai, according to reports.

She has tested negative for COVID-19, the Hindustan Times reported.

The actress was recently granted Y-plus security after she spoke of threat to her life.

According to reports, there is heavy police deployment outside Kangana’s office in Mumbai.

En route to Mumbai, she tweeted in Hindi that Maharashtra has given her everything.

Kangana’s statements about Bollywood’s drug mafia and her liekening Mumbai to ‘Pakistan-occupied Kashmir’ triggered the tussle between her and the Maharashtra government. Kangana had alleged that Shiv Sena leader Sanjay Raut had warned her against returing to Mumbai.

On Tuesday, the Maharashtra government ordered a probe into Kangana’s alleged drug use, based on an old interview of her former boyfriend Adhyayan Suman, in which he spoke of Kangana and drug abuse.

Union minister Ramdas Athawale, whose party RPI(A) is an ally of the Centre and the BJP in Maharashtra said on Tuesday, that his party workers also will offer protection to Kangana in Mumbai. "RPI (A) workers have geared up to protect Ranaut who is scheduled to reach Mumbai on Wednesday. Our party workers will offer protection to her at the airport as well as at her residence," Athawale said in a statement.