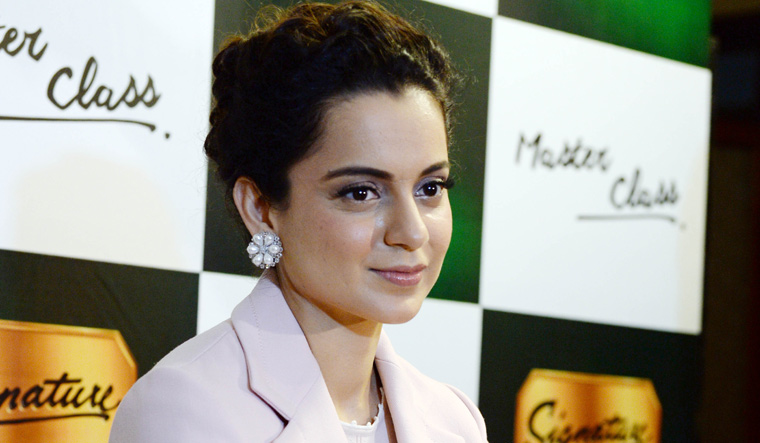 Actress Kangana Ranaut has revealed that her next directorial venture—Aparajita Ayodhya—will chronicle the six century-old journey of the Ram Mandir. Speaking to the Times of India, she said that the Ram Mandir bhoomi pujan which took place on August 5, will also be a part of her film.

"In my film, there are several real Muslim characters who have fought in favour of the Ram temple. Ram Rajya is beyond religion and that's what 'Aparajita Ayodhya' will be about," she told TOI.

Kangana hoped the film will go on floors soon. She made her directorial debut with Manikarnika: The Queen of Jhansi, where she shared the credits with Krish.

Speaking about directing the film, Kangana said in an earlier statement, “The plan wasn’t for me to direct the film. I started it as a project that I worked on from the concept level. I wanted to produce it and rope in another director for it. I was quite busy at that time to even think of direction. However, the script that KV Vijayendra Prasad shared was that of a film set on a large canvas, somewhat on the lines of the historical that I have directed before. My collaborating partners were also keen that I direct it. Eventually, even I felt that maybe it’s best if I helm this film. So, it all happened organically,” she said.